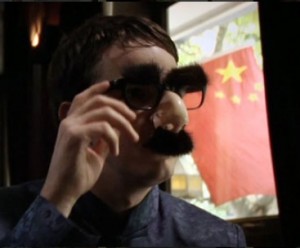 Judith Krant’s microbudgeted yet inspired “Made in China” won a Silver Hugo at last year’s Chicago International Film Festival as well as the Grand Jury Prize at the 2009 SXSW Film Festival, and it’s an oddball treat with an eye for cultural and comic detail suited for festivals and theaters like Siskel. A young Texas entrepreneur (Jackson Kuehn) has an idea for a plastic novelty item, travels to Shanghai after finding a manufacturer on Craigslist, but finds that it’s not as easy to navigate the country and its customs as he had expected, especially when his connection turns out to be a conman. Nicely shot on the run and enjoyably droll, “Made in China” is small but sure-footed. 87m. DigiBeta video. (Ray Pride)

“Made In China” plays Friday, Sunday and Wednesday at Siskel.