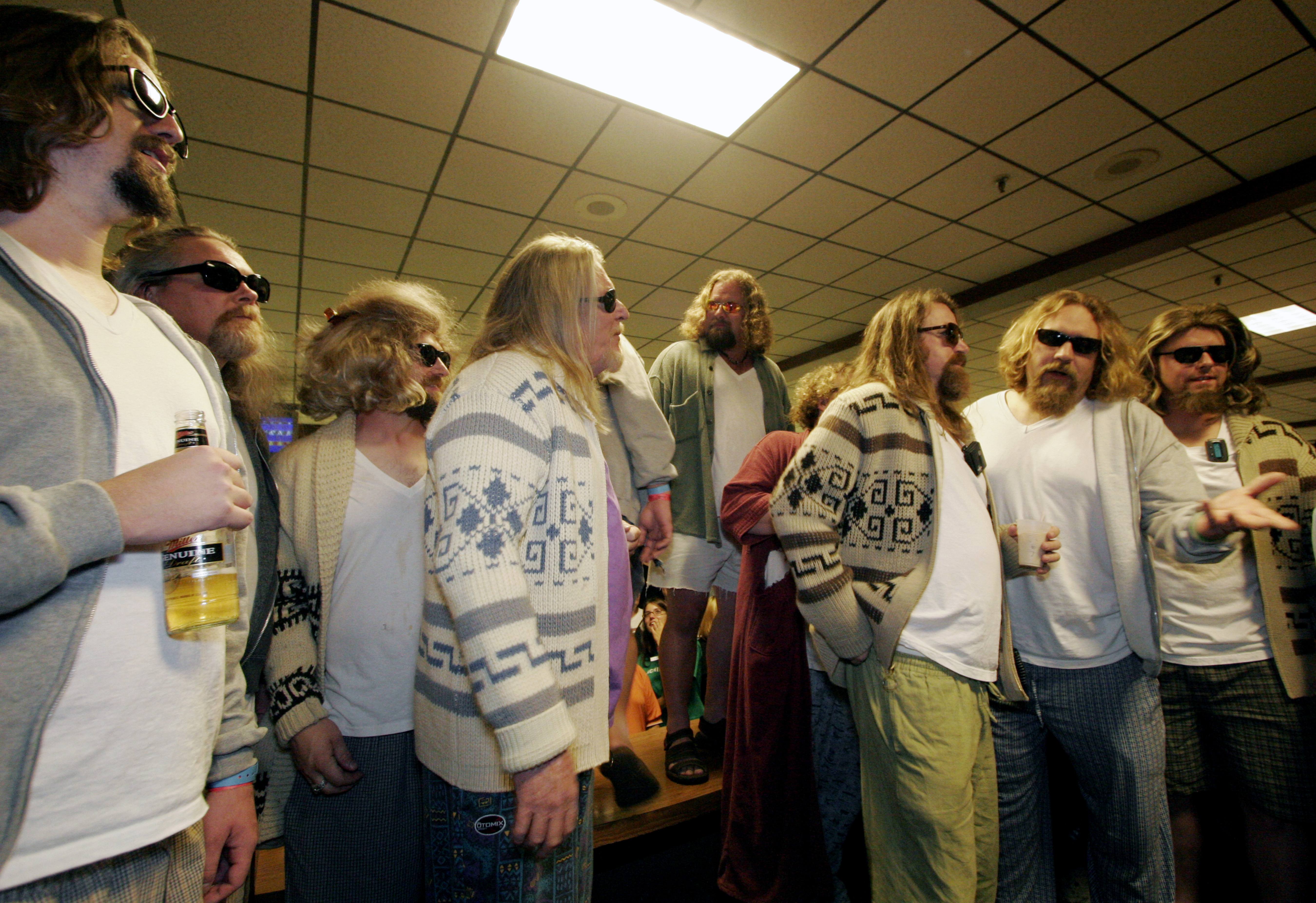 It began in 2002, as a screening, coupled with a night of bowling at a tiny, rundown bowling alley in a shady part of town in Louisville, Kentucky. By 2004, Lebowski Fest was in full swing, with two nights of music, movies and bowling, traveling the country in a way The Dude would appreciate.

This year the fest, no doubt reeking of White Russians, will come stumbling into Chicago again, demanding to know who pissed on the rug.

“Chicago seems to be a great town for Lebowski Fest. It loves bowling, loves drinking, there’s a big Polish population—lots of Lebowskis in the area,” Will Russell, co-creator says. “If Lebowski Fest had a second home, it would be Chicago.”

The two-night party, September 17-18, perfect for the bathrobe-clad, includes Chicago-based Creedence tribute band, Blue Moon Swamp, a Lebowski burlesque perfomance by Vaudezilla and First Jason, and a screening of the 35mm print of the film itself at the Portage Theater. The second night is one for the more sporty type, complete with bowling, costumes, trivia and other contests at the Diversey Rock and Bowl.

Russell says that whether in Chicago or Louisville, the fans are pretty similarly nice and creative across the board, so there’s no fear of being out of your element. But what really brings excitement is the appearances made by the original cast members.

“The most special thing that ever happened was when Jeff Bridges showed up in LA in 2005. He brought his band and wore his jellies from the movie,” Russell says. “Backstage, he let me try one of them on. I tried to put my foot in, but he stopped me and told me to ‘take off the sock to get the full experience.'” (Lindsey Kratochwill)