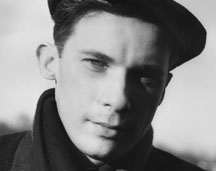 Peter Raymont and Michèle Hozer’s “Genius Within: The Inner Life of Glenn Gould” is the most intriguing attempt to decipher the inner workings of the mind of the pianist and Canadian cultural hero since François Girard and Don McKellar’s 1993 “32 Short Films About Glenn Gould.” The virtue here is a wealth of goofy images, still and moving, of the charismatic, perfectionist character, known first for eccentric public performances and later, for painstaking sessions in the recording studio (humming along is a constant in both cases). Something like 300 recently unearthed stills are on display. There’s no explaining his unapologetic, mad public self, or his mastery of the music of Bach, but Hozer and Raymont provide a wealth of ticklish imagery. And insights the casual observer wouldn’t know, such as his adoration of Petula Clark. All sorts of analogies of the career and eccentricity could be made about Gould, who died at the age of 50, from James Dean to Michael Jackson, but at its best, “Genius Within” reveals him, generously, as a singularity. He’s a gorgeous screen presence, but Raymont and Hozer structure their telling with skill and love. 109m. (Ray Pride)

“Genius Within: The Inner Life Of Glenn Gould” opens Friday at the Music Box.