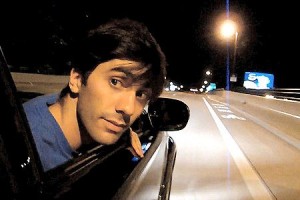 The advertising and promotion for the Sundance-debuted “Catfish” pushes farther than any of the don’t-reveal-the-twist twist popularized by Harvey Weinstein’s “don’t tell the secret” of “The Crying Game,” even more than the by-now-rote twists that end most M. Night Shyamalan “Blinding Edge” productions. “Don’t Let Anyone Tell You What It Is.” Um. There have been articulate reactions, since its Sundance debut, ranging from Amy Taubin in Film Comment—”The most buzzed-about movie at Sundance, ‘Catfish’ was suffused with a misplaced sense of entitlement that might have been hilarious if the movie were not also profoundly misogynistic and disingenuous”—to last Friday’s review by A. O. Scott in the New York Times—”Judged by the usual standards, it is a wretched documentary: visually and narratively sloppy; coy about its motives; slipshod in its adherence to basic ethical norms. Shame on them, if that would mean anything to them. But at the same time—precisely because of these lapses—it is a fascinating document, at once glib, untrustworthy and strangely authentic. I say this with a heavy sigh: this is, by far, one of the most intriguing movies of the year.” I quote Scott at length because his reaction pretty much matched my own. Watching the travels of three New York-based filmmakers, co-directors Ariel Schulman and Henry Joost (“NY Export: Opus Jazz”), and protagonist Nev Schulman, Ariel’s brother, to find the “truth” about an acquaintance who lives in Michigan, who Nev meets via Facebook, then over the phone—who may have misled one of them while plying him with accomplished art, I was brows-raised over what exactly the filmmakers, and their film, was up to. (Representation and class would be two elements that prickle.) Afterwards, I read a range of published interviews, ranted to a friend or two. Is the film fiction or nonfiction? After a conversation with the three filmmakers, I’m content to consider it crafty nonfiction with an acute and artful attention paid to structuring the final edit for what is revealed and what is hidden or left murky. Until I have the time to mull over my interview with them, I’ll leave it at calling the film a volatile conversation piece, completed by how audiences react to its suggestive elements as the conversation continues. 94m. (Ray Pride)