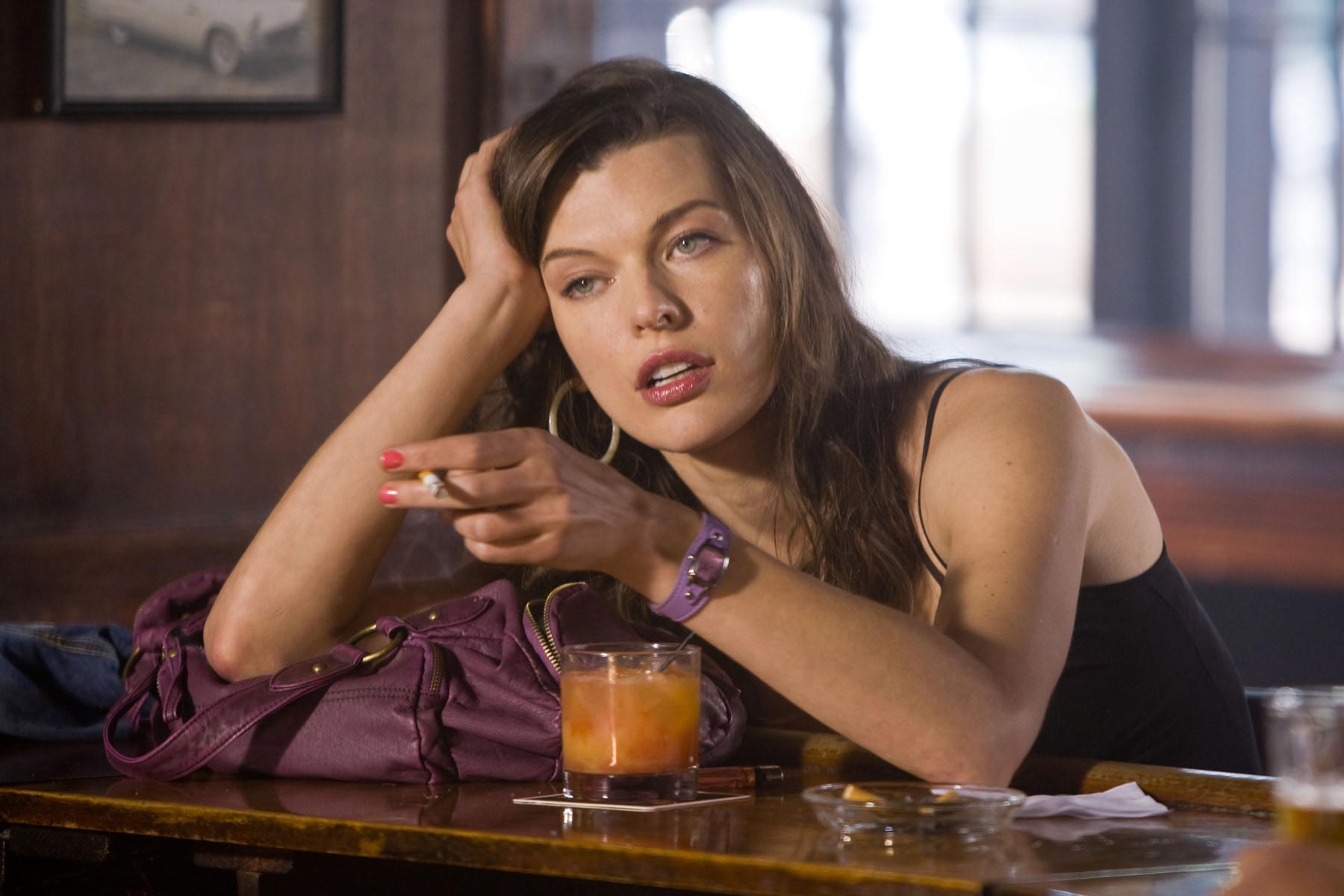 A man comes to the end of his career, shuttling from home to car to office, boxes inside boxes. A young client challenges him: what do I do to get to be you?

In “Stone,” the challenge is offered to parole officer Jack Mabry (Robert DeNiro) by a convict, Stone (Edward Norton, in his fourth role behind bars) desperate for early parole, partly to please his wife, Lucetta (Milla Jovovich). Stone, an autodidact beyond bars, looks toward stranger beliefs, while Mabry is cocooned in a loveless, drink-lashed forty-year marriage, surrounded by the sounds of religious radio. Who’s free? Who’s imprisoned?

With loving texture and wondrous acting—DeNiro’s no Focker here, and Jovovich offers a simmering, career-best performance—”Stone,” set in rundown contemporary Michigan, is both quietly accomplished and contemplative. Since his debut feature, “Praise” (1998), John Curran (“We Don’t Live Here Anymore”) has worked in rhythms that incorporate stillness and smolder; figures, usually couples, alone, together, in rooms. “Stone” starts at noir and grows from there.

“Noir? I guess it’s sort of an existential thriller in a way, in some way,” Curran concedes. “The film was originally set in the south, and I talked about it as a ‘Southern noir.’ But that was before I had adapted more to what it has become, which is probably a spiritual noir! That was always in the script, but it became very important to me, when the film came together at the end of 2008, the beginning of 2009, a really aggressive, angry dialogue was happening in this country. And a lot of it, when you boil it down, came to my faith versus your faith. My view of God and what he wanted for our Constitution and our country versus what you want.”

A time of “My Jesus can kick your Jesus’ ass.” “Yeah. All that. That really angered me, and I thought, can I step back? I want to be in that argument in some way, in that discussion. But I don’t wanna do a story about one of those guys, like a Tea Party guy, on the fringes of belief, not smack-dab in the true believers, but someone who’s still got questions. I felt fortunate that I had this script.”

Still, having Jovovich as a Medusa-coiffed temptress with black bangs that fall over one eye is noir. “Yeah, yeah, yeah!” he says, grinning. “She’s a perfect noir heroine; she’s just got that pulp look to her. She came with her hair that way. It was like, ‘Milla!’ It was long and I liked it long. But she’s fantastic, she’s got that real, great period look to her.”

When we first see her, she’s in white daylight outside the prison with white flip-flops on, a white dress, her skin is pale, her knees are blushing with pink. “A little bit chipped,” Curran adds. “I like that shot because she has kind of [damaged] toenails, and Milla’s at that age, a slightly tainted beauty. But she’s got an age to her now that makes her interesting, because she’s still beautiful, but she looks very authentic, like she’s lived a life.”

It makes the character beautiful, but also vulnerable. “Also, very human. I didn’t want it to be… I wanted to introduce her in a way where you thought, ‘Oh, in this world, this is going to be the beautiful girl.’ But let’s not over-light her; let’s not make her some kind of commercial ideal.”

She’s not Nicole Kidman coming into the village in “Cold Mountain,” like she’s come from Mars. “Exactly. You didn’t have to try hard. In casting, [we worked to have] everyone beyond normal. So that the slightest attractive girl who walked in there was going to be… It also made it a lot more plausible, for [Jack], that it wasn’t just some kind of movie device, getting some beautiful, model-level actress to come in there that was perfectly it.”

Curran’s greatest talent may be in fragmentation, suggesting emblematic fear and desire through ambiguous sound and image. The voice of God comes from Jack’s car radio, religious radio, a disembodied voice that’s this emphatic, hypnotic inducement of paranoia. Jack is more paranoid, when a belief in a higher being is supposed to soothe you. Instead of solace, comfort, Jack only knows confusion. “My original intention was to be harder with that stuff, and that radio host was very open to being used however I wanted to use him. In fact, he was a little bit disappointed that some of his real Obama slams and his more aggressive rants weren’t in there. I said, y’know, it would have started tipping over into something else. It would’ve revealed my hand a little bit. It’s too easy, as the director, I have the potential to show my views too much. What I was trying to show Jack’s view of the world, it wasn’t to slam him for it, but to say, this is what he believes, presented in a way that it’s so contentious you get distracted by that if your beliefs aren’t that, which mine aren’t, they’re the opposite. But I wanted to have a sense of his comfort noise. It’s noise. You don’t focus on it, but you hear this kind of stuff, religious and political-based stuff, you hear a word here, a phrase there, that was more of the point.”