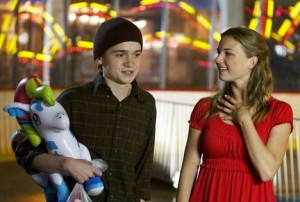 The second week of the 46th Chicago International Film Festival includes Chicago premieres of movies opening in the coming weeks, including Danny Boyle’s “127 Hours,” Doug Liman’s Valerie Plame Wilson drama “Fair Game” and the latest Brit variation on “The Full Monty,” “Made in Dagenham.” Chicago titles of possible note include Ruth Leitman’s immigration doc “Tony and Janina’s American Wedding,” David Schwimmer’s pedophile drama, “Trust,” and “Polish Bar,” from the makers of “Straightman.” Cannes 2010’s Palme d’Or winner, “Uncle Boonmee Who Can Remember His Past Lives,” also plays before its theatrical run. (Thai director “Joe” Weerasethakul attended the School of the Art Institute.) And a couple of titles from younger filmmakers: Québécois enfant prodige Xavier Dolan’s Wong Kar-Wai-inflected romantic triangle, “Heartbeats,” has another showing. Plus, Jonathan Segal’s “Norman” darkens the coming-of-age template with two stirring performances, by the startlingly empathetic Dan Byrd as a troubled teen (and an unlikely blend of Emile Hirsch and Mike Myers) who cons his schoolmates and Richard Jenkins as his ailing father. At its best (and most conflicted) moments, “Norman” is John Hughes-meets-Atom Egoyan on the plains of American male self-pity. But in a good way. A tribute to Guillermo del Toro, safe and sound after the “Hobbit” debacle, is slated for Friday night. Awards are given Saturday night at the Pump Room, and what cream rises to the surface is featured on Wednesday’s “Best of the Fest” selection. (Ray Pride)