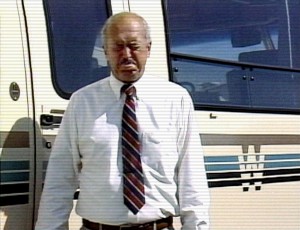 You don’t know who Jack Rebney is? Ben Steinbauer’s “Winnebago Man” may have begun as a document of the phenomenon of the viral video online, but the young filmmaker wisely realized early on that he had a single, singular subject he ought to focus on: the man whose worst day at work ever, sometime in the 1980s, had been caught on videotape and years after it had been forgotten, was resurrected as a few expletive-laden minutes of a hot afternoon when everything went wrong while making a corporate video for a new model of Winnebago van. Steinbauer went in search of Rebney decades later, and the poignant results also reveal an older man whose profane, blunt voice has not been tempered by time. And there’s even more period footage than the original, viral video offered. (As well as many permutations of Rebney’s colorful clutch of swears.) The subtext of a sort of father-son symbolism isn’t stressed, but the film doesn’t need that, or much more than this mellifluous, caustic citizen. Rebney, both in middle-aged dudgeon and elder fury, is, as a character, enthralling, inspiring and epic. “Here is a man…” as Travis Bickle once said. Michael Moore says it may be the funniest documentary ever made, and I would be ecstatic to see any other contenders to that title he finds worthy. 85m. HDCAM video. (Ray Pride)

“Winnebago Man” opens Friday at Siskel. The NSFW trailer is below.