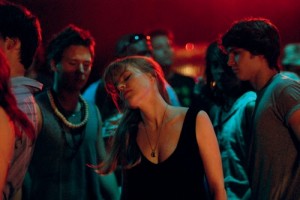 Another dark pansexually dabbling provisional-family ménage (with a dash of drugs) from the likably skittish, prolific French filmmaker François Ozon, “Hideaway” (Le refuge, 2009), has particulars similar to Gaspar Noe’s heavier-going “Enter the Void.” Particularly with its parallel death-drug-pregnancy complications, it could seem lighter by that comparison, with a distant tang of Rohmer. Even in his most accomplished thrillers, especially the sinister “See the Sea,” Ozon advances by anecdote, by small gesture: personal chemistry against glossily decadent surfaces takes precedence over plotting here. Ambiguity and the slow burn are the director’s best weapons as weather at the sunny seaside grows choppy. With Isabelle Carré, Louis-Ronan Choisy, Pierre Louis-Calixte and Melvil Poupaud. 89m. (Ray Pride)