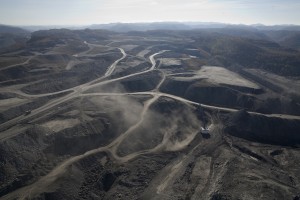 George Hickenlooper’s death Saturday at the age of 47 ended a career that more and more typifies how curious, ambitious filmmakers are keeping their line of business alive in a moment of seismic upheaval in the film industry: alternating features and documentaries.

Hickenlooper has a final film arriving around Christmas, the Kevin Spacey-starring based-on-true-graft “Casino Jack,” yet his forays into nonfiction are his legacy, especially the co-directed “Hearts of Darkness,” the “Apocalypse Now” making-of doc, painstakingly constructed and sculpted from Eleanor Coppola’s raw footage from the epic’s extended Philippines shoot.

In conversations with Hickenlooper dating back to the nineties, he always talked about what he wanted to accomplish in the vein of a John Schlesinger or a Hal Ashby, but his path always led back to nonfiction. Beginning as a journalist who conducted interviews with filmmakers for early laserdiscs, Hickenlooper struck up acquaintances with 1970s “Hollywood Renaissance” figures like Dennis Hopper and Peter Bogdanovich, and later made documentaries about their work. European directors like Wim Wenders have dabbled in both forms, but economics of big-budget features versus low-project means of production tempt more and more working American filmmakers (Jonze, Gondry, Kuras). Even an established heavy-hitter like Jonathan Demme has drawn from the template Hickenlooper lived: Demme hasn’t tempted the rocky shores of “adult drama” since 2008’s “Rachel Getting Married,” in which he and his cinematographer Declan Quinn applied what the director had learned about working on the fly and embracing what mistakes may come in at least six documentaries since 2000.

If Jonathan Demme can’t maneuver in the current production economy, who can? While in the past few years, studios have winnowed their release slates and the ranks of art-house-level distributors have thinned just as radically, that doesn’t mean Chicago doesn’t still have Fridays where half a dozen or even a dozen movies open. A chunk of them, though, are often low-to-no budget nonfiction offerings, with topics that can be the nichest of niche. And while there are proficient television-style “objective” narratives in the mix, form is pretty much up for grabs, which is more than you can say about formula-honed movies with the multidecamillion-dollar budgets. (While digital projection at the multiplex often involves the download of massive, encrypted data files, saving the cost of striking and shipping heavy 35mm prints, small distributors, or even filmmakers themselves, can ship in several lightweight video formats, from HDCAM to Blu-Ray.)

Just to pick two examples of upcoming nonfiction work working on a dime and dollar, “On Coal River” and “Gasland,” similar subjects are approached in radically different fashion, but from compelling perspectives. Francine Cavanaugh and Adams Wood’s “On Coal River,” currently on the festival circuit, falls in the estimable tradition of Barbara Kopple’s Oscar-winning “Harlan County USA.” In West Virginia’s Coal River Valley, one man battles a notorious energy company to protect his community and extended family: the filmmakers’ months of observation leads to a stirring, empathetic portrait of traditional satisfactions. Would this subject work as fiction? There aren’t too many “Norma Rae”s; the high-minded likes of “North Country” would be the likelier result.

With “Gasland,” (playing later this month at Siskel), theater artist-turned-filmmaker Josh Fox takes a different tack, traveling to discover the impact of a newly derived method of extracting natural gas from the ground in remote, sometimes fragile areas, hydraulic fracturing, or “fracking.” Fox stylizes like mad, with treated footage, animation, intermittent banjo music and his own paranoid, murmured, aghast narration. It’s fracking frightening. Yet it suits the material: it tells the tale, observes, prompts questions in an idiosyncratic fashion.

Even the best filmmakers working in fiction this year turn to stories drawn from life. Mike Leigh, whose latest character cavalcade, “Another Year,” opens in December, asks his actors to draw from dozens of people they’ve known and through conversation, and later, rehearsals, to distill those characteristics into a new creation, but one that’s been observed by the performer over so many times. Truth, crunched like coal into diamond. Or plucked from social networks: One of the more amusing stories that’s unpeeled from the making of David Fincher’s adaptation of Aaron Sorkin’s “Gatsby”-ish based-on-nonfiction “The Social Network” is a real-life participant’s observation that at least one element the film nails to the wall is what the characters are wearing: a wealth of Facebook photos provided a trail of sartorial verisimilitude, down to the very last hoodie.

Truth and fiction: It’s a huge subject, and probably the biggest of big pictures to be surveyed in how filmmaking and filmmaker’s careers are evolving today. A survey of the boundaries between truth and fiction in today’s documentary film practice is potentially the most fertile work-in-progress accruing in film studies right now. Books will be written and some will be read. In the meantime, the example of George Hickenlooper’s determination, and willingness to shift with fortune, is a worthy illustration of the filmmaker’s need to keep watching.