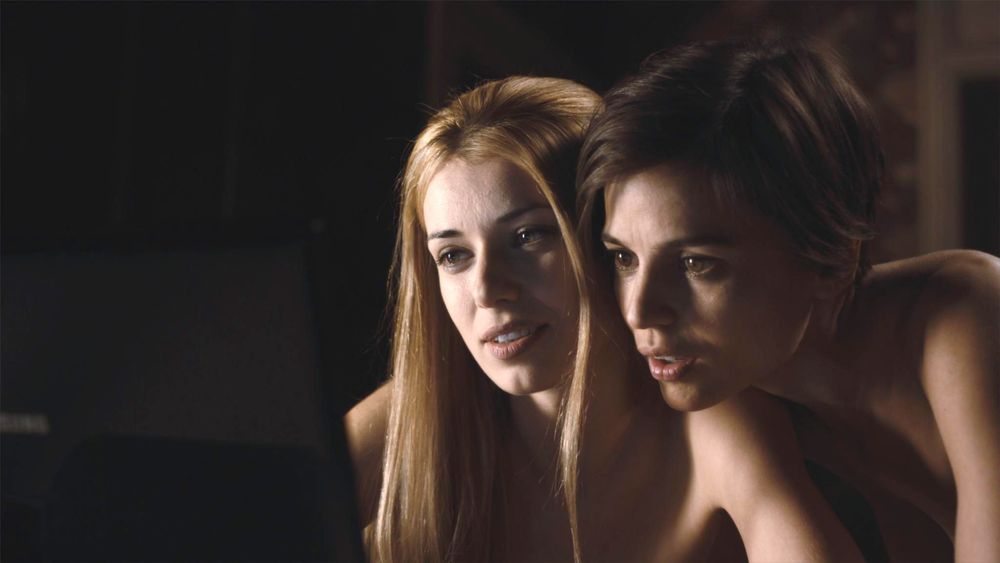 A long, gorgeous opening shot of five or six minutes that mimics the closing shot of Antonioni’s “The Passenger” places Julio Medem’s “Room in Rome” (Habitacion en Roma) right at the center of that city. A Spaniard (Elena Anaya) and a Russian (Natasha Yarovenko) have been drinking into the night and bargain their friendship along narrow, damp, cobbled streets. A slightly annoying, insistent pop song plays: “Loving Strangers,” which could also have been the title of Medem’s dose of hetero-inflected sapphism. “In Bed” would also be an apt title, as would have “In Bed, In Bed”: the bulk of the movie was apparently shot on soundstages in Madrid. As in his earlier “Sex and Lucia,” Medem is captivated by the visual possibilities of the twining of flesh, the display of smooth and pale surface of skin. The Russian may tell the Spanish woman that she likes lying with her, “Yes,” she says, “but I like men more.” Medem likes women even more than she likes men, or at least the geometric and lyric potential of their forms. The intriguing range of musical moods comes from a score by Jocelyn Pook (“Eyes Wide Shut”). Her song “Libera Me” features the voices of Lore Lixenberg, Natacha Atlas and Parvin Cox. It’s a trill and a leisurely thrill: a lowered budget does not mean lowered expectations when a movie’s made with care. The dialogue is largely in English. 109m. (Ray Pride)