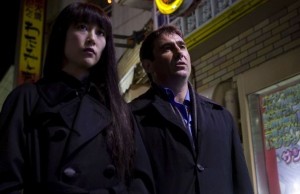 “Map of the Sounds of Tokyo” plays Friday, Saturday, Wednesday and Thursday at Siskel.