by Brian Hieggelke
December 27, 2010Filed under: 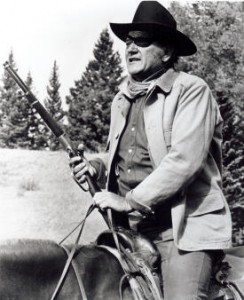 Western movies were once as common as today’s Bourne-type thrillers and as ubiquitous on television as modern reality programming. In my youth they were part of my generation’s universe of discourse.

If you’re younger than I, and there’s a good chance you are, we had it better. This is not simple nostalgia speaking. You missed something, and with each new Western film that comes along—and they are few and far between—I hope for your sake this will be the one that revives the genre.

Back in the day, when my friends and I argued about who was cooler, Steve McQueen or James Dean, even though Dean made only three movies before his untimely death, one was a modern Western.

And McQueen, well, McQueen—whose film career likely interrupted a delinquent youth’s arc toward a life of crime—was a principal in one of the most influential Western movies of all time, “The Magnificent Seven.” Was it a great film, in the way “The Searchers” is great? Hardly. Nor was it a very realistic depiction of the old West.

But there are still grown men who can recite its dialogue chapter and verse: “Never rode shotgun on a hearse before.” (McQueen) “I have been offered many things for my work, but never everything.” (Yul Brynner) “If God did not want them shorn he would not have made them sheep.” (Eli Wallach)

In those pre-Vietnam days, the genre’s appeal lay in the fantasy that one good man—or, in this case, a few—can achieve justice in the world. “The Seven” is about seven gunfighters who are persuaded to save a small Mexican town from the depredations of a large force of bandits. First they must come together as a team, and so of course it is also a male-bonding film, like “The Great Escape” (also with McQueen) or “The Dirty Dozen.”

It was my good fortune to take John Cawelti’s popular-culture course on The Western at the University of Chicago, and so can cite an authority besides myself that there are two strong threads that run through the Western genre—the Code of the West, the idea that there is a real right and wrong worth fighting for, even contrary to “law” as it may manifest itself on the frontier; and humankind’s encounter with the harsh challenges of the wilderness. 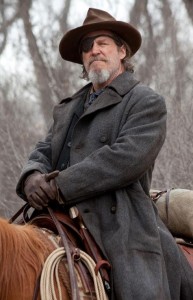 In the really great Westerns, then, those external realities test the protagonist, challenge his values and assay his mettle. Some of both key threads run through science or speculative fiction, too, of course, which may account for their own popularity persisting into our post-postmodern age.

Intermittently there have been some very good Westerns, like “Lonesome Dove,” “Unforgiven,” “Tombstone” and “Wyatt Earp,” and “Open Range.” But whatever their individual popularity, the genre still has not gotten traction with today’s movie goers. Maybe the genre seems too naïve for modern tastes.

But I can tell you, there’s nothing like the youthful excitement of heading to the local theater and opening a new John Wayne Western. You’ll have to trust me on this, because the Duke is long dead.

In college, my friend Lockhart and I both read Southern author Charles Portis’ wonderful “Old Southwest”-style novel “True Grit” and couldn’t wait to see the film with the rough-as-a corncob U.S. Marshal Rooster Cogburn played by John Wayne. In 1970, the Motion Picture Academy of Arts and Sciences atoned for years of neglecting his best work and awarded him an Oscar for his performance.

As a novel “True Grit” suited the dual standards for a great Western right down to the ground, and thrown into the pot was a feminists’ teenage hero, Mattie Ross (Kim Darby), driven to seek the man who gunned down her father. She is accompanied from Arkansas into the Indian Territory (now Oklahoma) by Cogburn and a Texas Ranger (played by Glen Campbell), on the trail of a gang led by “Lucky Ned Pepper” (Robert Duvall).

Cogburn is described as “double tough,” “fear don’t enter his thinking.” But there is a special challenge in two grown lawmen testing and bonding with a youth, especially a female. But she proves to possess uncommon courage. That “true grit” refers to more than one character becomes clear when Wayne as Cogburn sees Mattie unhesitatingly spur her horse into a deep river: “By God, she reminds me of me!”

Cogburn himself has an uncommon opportunity to show his own power when he faces four mounted gunmen alone, riding into action swearing at the leader, “Fill your hand, you son of a bitch.” For John Wayne, it is an iconic moment for an icon.

That is why there may be some resistance among some of my generation to the Coen brothers’ new version starring Jeff Bridges. Practically all of us original fans thought a twenty-something Darby playing a young teenager was an unconvincing stretch (not to mention her lack of Southern diction), and that Campbell’s contribution to the film should have been limited to his singing the theme song. And New Mexico hardly looks like Oklahoma.

The new film has already gotten some Screen Actors Guild nominations (including for 13-year-old Hailee Steinfeld playing Mattie Ross, as well as Bridges), and the trailers look sensational, at least a less fanciful adaptation of the original novel. Matt Damon has got to be an improvement over Campbell, and while Robert Duvall is a tough act to follow, I like the casting of Barry Pepper (recall the sharpshooter in “Saving Private Ryan”?) as Lucky Ned Pepper.

However, there is no getting around the fact that “True Grit” was John Wayne’s movie. The Coen brothers are messing with the legacy of the Duke.

But they also directed their actors to the novel for inspiration. And Jeff Bridges is a formidable talent who would surely put his own strong stamp on Rooster; his performance in “Crazy Heart” proves he can get the voice right.

With hope but also some trepidation I went to see the film when it opened December 22; I was prepared to give Bridges at least a fighting chance, and I had it on good authority my friend Lockhart would be doing the same.

I was blown away. Bridges inhabits his role, but the real surprise is the heroine; as in the book, this repurposed film more squarely places Mattie Ross in the center of the story. The talented young actress holds her own against the grizzled star, whose own version of Rooster does no harm to what John Wayne achieved in1969.

More than this I will not say, except help save the Western by filling your seat. Don’t be a son-of-a-bitch and wait for Netflix.