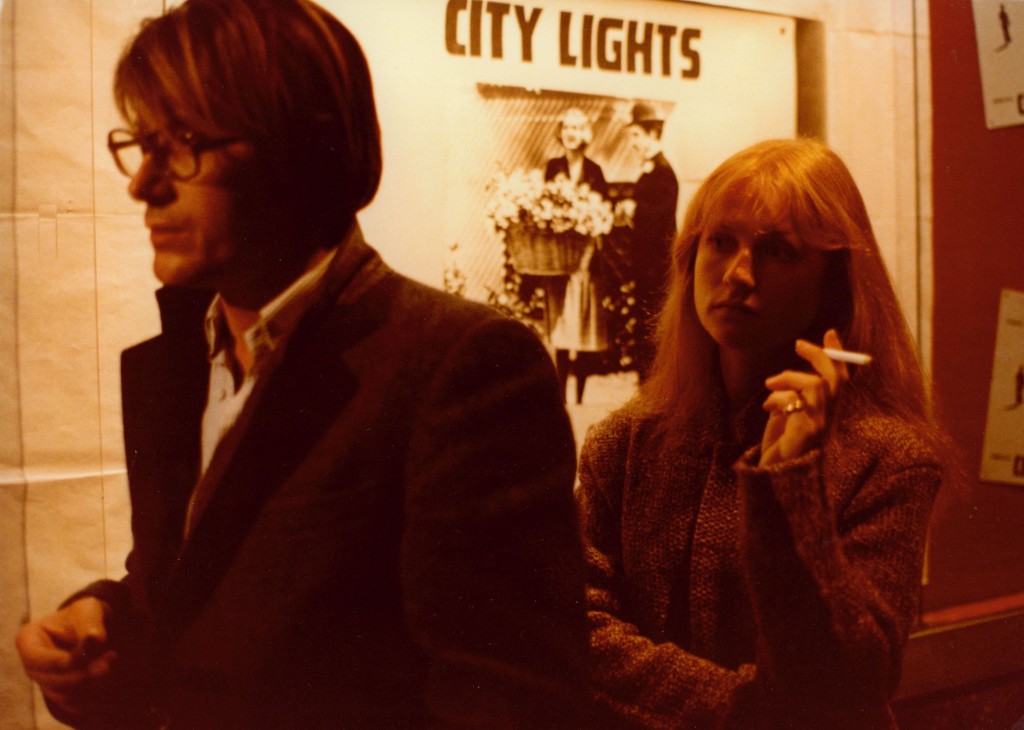 Contrails crosshatch and feather a deep blue sky to the sound of planes. A camera pointed upward, soon to come to earth to trace how the lives of three adults’ lives criss-cross.

Shocking and shockingly beautiful, Jean-Luc Godard’s “Every Man For Himself” [Sauve qui peut (la vie)] is as brutish as it is sensitive. First released in the U.S. in 1980, Godard called it his “second first film,” marking his return to European art-house film after a decade experimenting first with didactic political films and then with emerging video technology. Francis Coppola was the original U. S. distributor, and was set to produce an ill-fated American gangster movie by Godard, “The Story.”

Paul Godard (Jacques Dutronc) is a television filmmaker fighting with his girlfriend, Denise (Nathalie Baye), who cross paths with a prostitute, Isabelle (Isabelle Huppert). The camera’s gaze remains as simple as those opening shots. Blunt statements about power and sexual violence are threaded throughout, and are usually also in the service of describing filmmaking as being an equally brutal act. (The scenes of sexual display are largely absurd, including a Rube Goldberg-style roundelay in a hotel room that resembles a tableau from a late Fassbinder film as well as a mockery of how movies are directed.)

Beyond theme and metaphor and onto the pictorial richness, there’s an aspect of the Lumière brothers’ early short films, documentation of events, trades and streets, in Godard’s most common placement of the camera, from a middle distance, watching events unfold. Shot largely in natural light, both in the Swiss countryside and an unnamed small city, the images are beautifully composed and lit even in the most provocative scenes. The effect is like a notebook on display, calmer than his full-to-bursting widescreen movies of the 1960s like “2 or 3 Things I Know About Her” and “Pierrot le Fou.” An earlier French film critic and filmmaker, Alexandre Astruc, had rhapsodized of the possibility of the “camera-stylo,” or the camera wielded as a pen, simply, directly, inexpensively. Even three decades after Astruc’s 1948 phrasemaking, and three decades since its making, “Every Man For Himself” breathes. Light and air are as much its story as Godard’s preoccupations with cruel male ego, the compromises of filmmaking and money, prostitution as fact, act and symbol. (“There is no more ass in my film than there are people kissing each other,” he said at the time.)

Given credit for the jump-cut in his antic editing of “Breathless” in 1960, Godard experiments here with a kind of stuttering freeze-frame, created in editing (rather than in camera) by extending certain frames, observing motions like a woman riding a bicycle on a country road, a couple battling physically in a small kitchen, a car accident on a city street, all accompanied by bursts of Gabriel Yared’s alternately jaunty and jolting score. In an interview in Cahiers du Cinema at the time, Godard described the start-stop action as “undulating.”

Strangely, the contemporary film that seems to approach sound and image most like Godard is “Inception.” The bursts of music are similarly deployed, and Lee Smith’s editing of the four “levels” of the story, or time frames, are not so far from the stark, gentle play here. Godard revels in ambiguity of sound and image, its expressive potential in simplest gestures, where Christopher Nolan and company are about clarity, linearity: gridding mere beauty into grandiose pattern.

Godard can’t help but fillet his work with offhand poetry. “I make films to kill time. If I had the courage to do nothing, I’d do nothing,” the character named for Godard’s father quotes novelist-filmmaker Marguerite Duras, approvingly. “It’s because I haven’t got the strength to do nothing that I make films. For no other reason. That’s the most sincere thing I can say about my activities.” But from a moment as simple as burnishing afternoon light falling on a printer’s hands as he holds a setting stick above a case of steel letters to epigrams like “Each time we touch we seem to bruise one another,” Godard’s film breaks away from polemic to essay. The image, amply aided by sound, tells the story much more proficiently than words. Of “Every Man,” Seattle Stranger contributor Charles Mudede put it simply: “Godard is to cinema what Ornette Coleman is to jazz.”

The 80-year-old Godard refused to travel to Los Angeles to accept an honorary Oscar during a ceremony late last year. But if he’d been offered the four-five-six minutes on live television a Fellini or an Altman or a Kurosawa or a Kazan got at the end of their long careers, surely he would have taken it. What would he have said? What if he’d been given that time for a short film, a form he’s excelled at in recent years? That opportunity would likely have done for him what the heart transplant gave Robert Altman: ten more productive years. Despite his ubiquitous cigars, Monsieur Godard may last that long anyway.

“Every Man For Himself [Sauve qui peut (la vie)]” opens Friday at Siskel. An unsubtitled trailer is here.