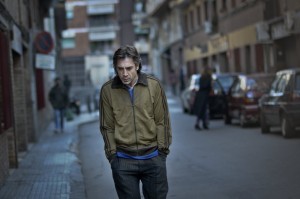 In theaters at the end of 2010, the movies were filled with performances that have been praised that made me more than uneasy, they made me want to leap and bolt for the nearest exit.

There are more than a few of those turns in “The Fighter,” a story of how family can destroy as much as it can build. I’ve had a lot of disagreements with friends who don’t even mind the flotilla of gorgons that are the lead characters’ sisters, but mostly, with people who admire the scenery-chewing agitation of both Melissa Leo as the destructive mother and Christian Bale as the crack addict whose training helps and whose habits hurt his half-brother, Mark Wahlberg. As with Natalie Portman’s mad-from-the-get-go performance of a thin, strained string waiting to break in “Black Swan” and Lesley Manville’s fidgety, melancholy alcoholic in “Another Year,” my alarm, and even revulsion, is partly a reflection of a chord being struck with me, but also a tribute to the buzzsaw skill of their performances, it is a personal reaction against these terrorizing jerks taking all the air from the room. The gentle sides of Wahlberg and Amy Adams in “The Fighter” don’t balance out the other performances: Adams’ fierce yet kind character is the positive mirror image of Leo’s feral maternal figure. (Maybe it’s compassion that counts.) My reaction is likely the highest of compliments to the actors who have created a role with such devotion and immersion that you loathe the performer and the performance equally.

The split in “Blue Valentine” between the soulful hurt of Michelle Williams and the obnoxiousness of Ryan Gosling’s character may be another matter: I’m not sure what I’m missing that others are seeing, but in all these cases, the performances, and the films, are engaging audiences in an intense fashion that is to be welcomed.

That diversity was reflected in this week’s Oscar nominations. The nods for acting are a generous mix of manic, antic, crazy and kind this year, and Javier Bardem’s nomination for “Biutiful” as a kindly Barcelona man whom the universe and director Alejandro González Iñárritu apply the sorrows of all mankind in concentrated form. My tastes run to darker material, and “Biutiful” is as dark as any movie I’ve mentioned. It’s sort of like what Raymond Chandler wrote: “The chi-chi was laid-on not with a trowel, not even with a shovel, but with a dragline.” Yet Bardem manages to embody the character in a variety of ways, gestures and deliberations, to respond to each indignity with grace. James Franco’s role in “127 Hours” is Sisyphus stuck in place; Bardem’s is a Sisyphus who never is allowed to start up the hill. It’s not as simple as inward acting and performances that act out, but there’s something to that equation. Bardem simmers rather than sizzles at man’s fate and provides a center to González Iñárritu’s busy visual style. The result is hellish and harsh and tragic and terrible, and its genuine “biuty” would sound even more off-putting in synopsis. It’s draining, but rewarding in Bardem’s strong hands.

Both predictable and unpredictable was the nomination-topping “The King’s Speech,” which also soars because of its acting, yet of a wholly different style. There’s something irresistible about the affable hambone performance of Geoffrey Rush, charismatic yet twinkling with the character’s wit. His counterpart, Colin Firth, is nominated alongside Bardem, Jeff Bridges for “True Grit,” Franco for “127 Hours” and Jesse Eisenberg in “The Social Network”—and what a range of performances, each generously observed and inhabited. Looking through other nominations, from John Hawkes and Jennifer Lawrence in “Winter’s Bone,” Mark Ruffalo and Annette Bening in “The Kids Are All Right,” Williams and Portman, the young but astonishing Hailee Steinfeld in “True Grit” and the experienced yet hypnotically wicked Jacki Weaver in “Animal Kingdom,” there’s a range of styles, yet an overall recognition of the combination of technique, charisma and the right actor with the right role that makes the list satisfying, but also, without even thinking on omissions, makes it seem like we’re in a time of rich opportunities for movie acting—and for movie lovers.