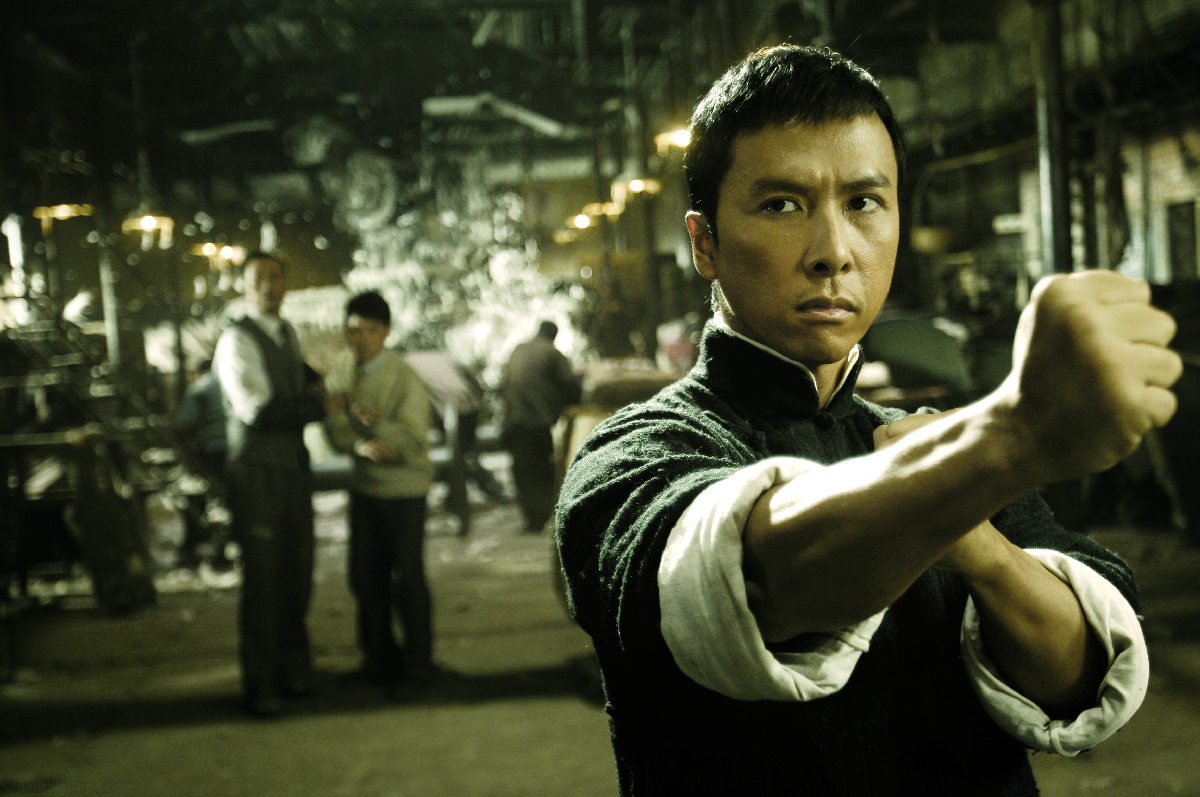 Director Wilson Yip and screenwriter Edmond Wong continue the martial arts saga of “Ip Man” (2008). “Ip Man 2: Legend of the Grandmaster” shows the title athlete (Donnie Yen) relocating from the Chinese mainland to establish a rooftop academy in Hong Kong. A child is on the way and rent is due. An opening title indicates 1950. (A forward-moving timeline then starts at “Day 8” for some reason and clicks ahead.) Flashbacks show Japanese troops shooting an unarmed Chinese colleague in the back of the head. That former master, introduced in the first film, is now homeless and brain-damaged. The polished fight scenes progress from Ip Man thrashing local toughs, to besting local martial arts teachers, and ultimately taking on the “foreign devil” known as Twister (Darren Shahlavi), a smirking lunk who fights wearing red boxing gloves and no shirt. Ip Man assumes the mantle of defender of Chinese tradition against vulgar Brits. Racial solidarity blossoms. The cultural politics are blunt. Fisticuffs meet flying kicks. Fight aficionados may already know the answer, but shouldn’t there be a little dialogue here about the mechanics of mismatch between Chinese fighters and the Caucasian colonizer? The story’s historical inspiration is footnoted at the very end, when a very young Bruce Lee comes for his lessons. With Sammo Hung (also credited as Action Director), Fan Siu-Wong. 108m. (Bill Stamets)