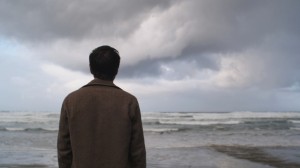 And some movies from the Pacific Northwest are better than others. Aaron Katz’s intermittently sublime “Cold Weather” may have spoiled me for other modest productions shot under the photogenically heavy-lidded skies of cities like Portland that digital video cannot get enough of. Matt McCormick’s “Some Days Are Better Than Others,” lovingly framed and lit when it ventures out-of-doors, with much offhand down-at-mouth beauty, traffics in a tale of small-city living that starts at sad, grows sadder. It’s a depressive, enervated self-satire with dialogue that seeks to be pretentious but only perks up when it attains the risible: “Hey, it’s your turn to take out the recyclables this week.” Enter a world of characters shuttling through vintage stores, animal shelters, extended roommate breakfasts, brooding seaside dawns, musings about never, ever making $20 a hour. Its most heartfelt and science-fiction-ish element is when a character is determined to connect and deletes her account from something called “Mumble Mail.” Account deleted. On account of twee. Almost any part of the score would suit a montage of wrists being slowly slit. With Carrie Brownstein (of Sleater-Kinney), James Mercer, Renee Roman Nose, Andrew Dickson, David Wodehouse. 93m. (Ray Pride)

“Some Days Are Better Than Others” opens Friday at Facets. The film’s SXSW trailer is below.