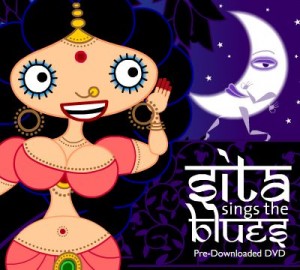 As part of its ongoing exploration of foreign film, the Logan Square International Film Series (http://tinyurl.com/squarelogan) is showing animated movies from around the world this month.

Peter Kaplan’s series proves that you don’t need big backers, big names or even a big screen to get a film festival off the ground. Started in January 2010 as a way for Kaplan to meet new people and see foreign films, the series is screened in his Logan Square apartment, either on his TV or using a projector. Next month, the series will be moving to Comfort Station on Milwaukee Avenue. Josh Samuels became a regular attendee and eventually the series’ curator after seeing a flyer at a Logan Square coffee shop. “I was like, wow, whoever is doing something like this out of their apartment is probably an interesting fellow, plus I like avant-garde film,” he says.

The animated films on offer this month include both feature-length and short works, and hail from Japan, the USA and France. Nina Paley’s Flash-animated “Sita Sings the Blues” weaves together episodes from the artist’s life and snippets from the Ramayana. The film garnered wide acclaim on its 2008 release, including a long rave by Roger Ebert on his blog. The Academy Award-nominated “Les Triplettes de Belleville,” director Sylvain Chomet’s first feature, is a wildly inventive homage to Jacques Tati and Jazz-age Betty Boop and Popeye cartoons. Samuels compares the month’s last feature, “Paprika,” to a darkly Lynchian version of “Inception.” Each screening includes shorts selected by Samuels. (Benjamin Rossi)