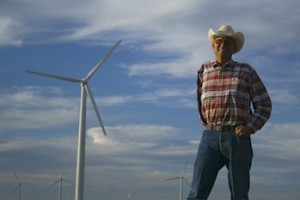 Chicago baritone Bill Kurtis narrates “Carbon Nation,” a call-to-action documentary by Peter Byck that draws on over 120 interviews on the subject of climate change, from usual suspects like the often-suspect journalist Thomas Friedman to entrepreneurs like Richard Branson. Solution-directed rather than alarmist, it’s one of the few optimistic recent documentaries on similar subjects. Kurtis’ voice, familiar from so much nonfiction television, often hits notes of cheeriness that lean to self-satire, as do some of the film’s pulsing animations of word clouds. But Byck’s admirably open about his goal, in an interview from Vancouver’s Georgia Straight: “What I am afraid of is just sitting there and shaking in the corner: useless. We wanted to make a film that was forward-looking, find out who was doing good things and, even if they were people who hadn’t done good things in the past, we wanted to celebrate what they were doing right.” 82m. 35mm. (Ray Pride)