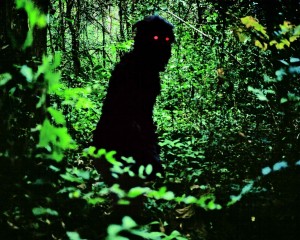 The first time I saw “Uncle Boonmee Who Can Recall His Past Lives,” Apichatpong Weerasethakul’s 2010 Cannes Palme d’Or Winner (from a jury headed by Tim Burton), I had jet lag and nodded a couple of times. Weerasethakul, who did graduate work at the School of the Art Institute and asks that you call him “Joe,” has said in interviews that he’s not against that: his dreamy worlds mesh with your world of dreams when that happens. It’s a Buddhist action movie. There are red-eyed men covered in thick black pelt that grew after sex in the jungle with ghost monkeys. There’s a homely princess worshipped and serviced by a kindly, flattering catfish. It moves slowly, glacially, even, yet with the assurance and high absurdity of an ornate dream. A conversation we had in December at the Thessaloniki International Film Festival wound up circling around the subject of Chicago and the northeast region of Thailand where he shoots most of his work, between cities and the jungle where he grew up. It was heartening to hear that back in the nineties when he was in Chicago, he picked up Newcity for the film section and for Chris Ware’s Acme Comics. (Ware, to Joe’s pleasure, wound up designing and drawing the eccentric one-sheet for the American release.) The city made Joe dream of the jungle, where the omnipresent sound of crickets unifies the texture of even the strangest emanations of “Uncle Boonmee.” It’s like a folktale told to a child who’s heard it hundreds of times, knows its picayune permutations, accepts them as real. Except, we’re hearing-seeing the stories for the first time, to the same order of disorientation a child might experience. In his installation work in galleries and museums around the world, Joe often uses driving and/or insistent pop music, used to unexpected effect. The same thing happens at the end of ‘Boonmee’: a Thai pop anthem takes over the soundtrack in a city-set scene and men become ghosts who watch themselves watch television before slipping out into the night. 114m. (Ray Pride)

“Uncle Boonmee Who Can Recall His Past Lives” opens Friday at the Music Box.