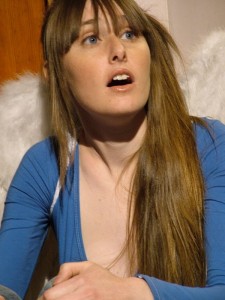 When Whole Foods arrived in the South Loop to satisfy the neighborhood’s craving for organic almond milk and chocolate-covered goji berries, few would have guessed the branch would help nourish the filmgoing masses as well. But last year it organized the first annual South Loop Film Festival at the brand new ShowPlace ICON Theatre, featuring shorts by national and local filmmakers. This year’s incarnation features some twenty films, all under ten minutes, representing some of the latest work by independent Midwestern and Chicago filmmakers.

The movies run the gamut from documentaries, music videos and trailers to experimental projects. Highlights include Amanda Daniels’ comedy “Aerosol D’Amour,” which screened at the Columbus International Film Festival; Josh Hope’s drama “The Singer”; and Nelson Carvajal’s web doc, “Skate Park.” The 100-minute program will conclude with a Q&A with some of the filmmakers and audience awards. In addition, Julia Thomas, Community Relations Specialist for Whole Foods South Loop, says to expect a “big swag bag of goodies” after the screening.

The festival’s proceeds will go to the South Chicago Art Center, which runs after-school arts programs and a community garden. There will also be a fair for local vendors on Monday at Whole Foods South Loop. “The festival supports the arts in our local communities on a few levels,” Thomas says. “By supporting the filmmakers looking for venues to screen their works, by offering a recreational opportunity for people in the community, and by giving back to an organization that is providing education for developing artists.” (Benjamin Rossi)