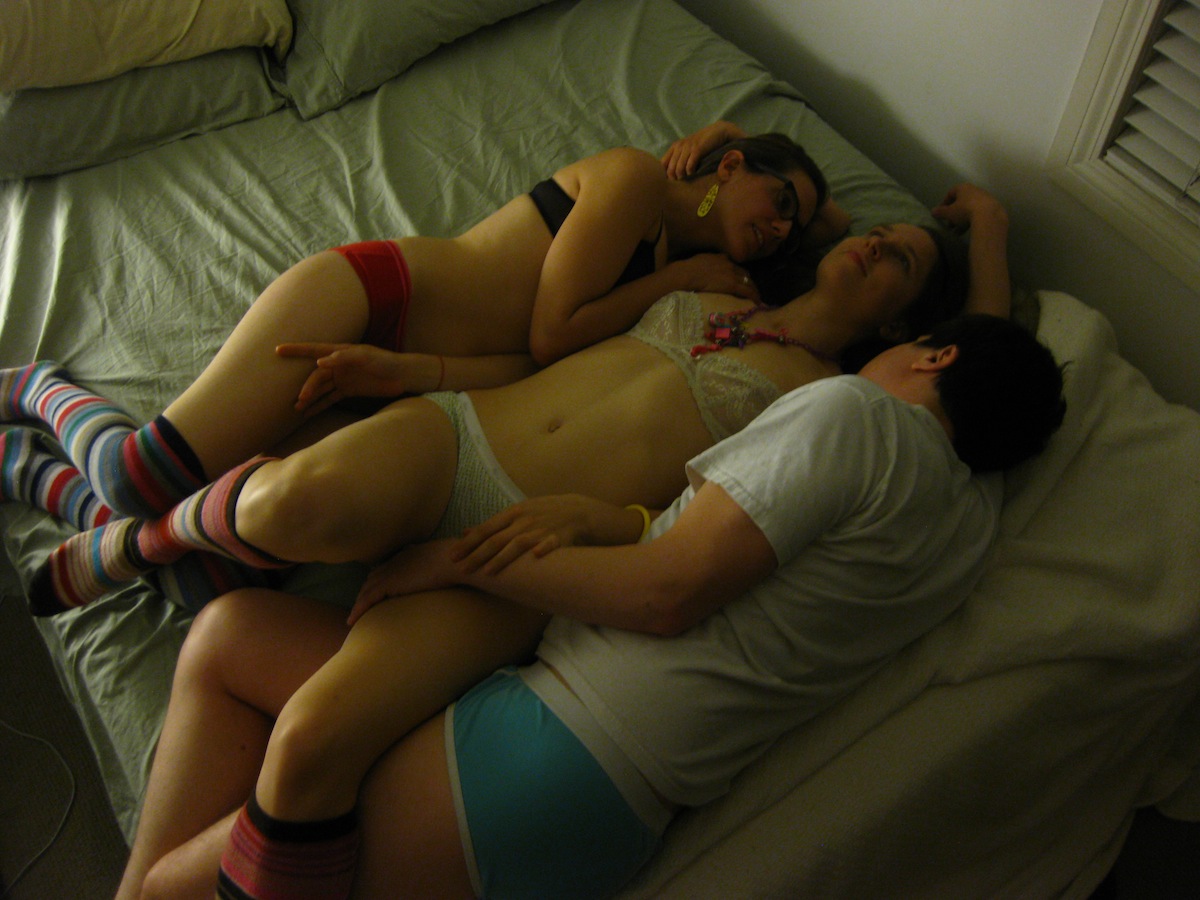 He’s involved in other micro-features in varying capacities as well, including assistant director on “St. Nick,” David Lowery’s mysterious marvel about childhood that just debuted in New York, and as cinematographer of Kentucker Audley’s 2010 “Open Five.” There’s a larger picture worth drawing from these three finished films alone in the coming months, which doesn’t quite place “Uncle Kent” at the center. Swanberg’s learned to shoot and edit quickly, and claims that this film has almost no unused footage from the shoot. His first shot in Los Angeles, largely around the Silver Lake neighborhood, is a small fragment of his greater project. Something Swanberg says about the film applies to his filmmaking as well: “‘Uncle Kent’ is a period piece, set in May 2010, capturing a snapshot of life and technology at that particular point in time.”

“But with a little sex in it,” as the studio executive chimes in repeatedly in Preston Sturges’ 1941 “Sullivan’s Travels.” Swanberg’s slices of life toy with ideas of representation, not in larger, grander media, but how technology in our personal world affects communication and sexuality.

“Uncle” Kent, played by Kent Osborne, who was in Swanberg’s “Hannah Takes The Stairs” and “Nights and Weekends,” lives alone with his lovely but cranky cat in L.A. He and composer Kev (Kevin Bewersdorf) toss ideas back and forth for a children’s show by day while at night, Kent moves from beer to bong and back again while trying to find contact online. A journalist he’s met in the larger, amorphous “there” of cyberspace, Kate (Jennifer Prediger), stays at his house one weekend and they hit it off instantly, almost like an old couple despite having never been intimate and Kate having a boyfriend.

As they grow closer across a few hours, a few conversations, Kent and Kate tease each other into demonstrating on the bed how they like to masturbate: it involves a willing pillow for both of them. She laughs, “So incompatible! We’d be like two tops, no bottom!” Their first kiss is to make a stranger happy on Chatroulette: their screen is tentative and teasey and frisky while the random dude engorges. The cat’s an easy prop for them, too: one hand each on the purring middleman. Craigslist comes into the game, with the two enlisting another woman into their increasingly fraught getting-to-know-you. They troll for a third like they would have in the New York Review of Books back pages sex-ifieds in Woody Allen’s semi-swinging 1970s. (“Thirtyish academic wishes to meet woman who is interested in Mozart, James Joyce and sodomy,” is an ad read aloud in “Annie Hall.”) The resulting ménage-my-what satisfies nothing, no one.  “I recently turned 40,” he tells the woman as they first gather. “Happy birthday,” she says casually, affectlessly.

It’s sexual, yes, but hardly sexy. There’s a scene in a sun-blasted swimming pool (foreshadowing memorably sinister images in “Art History”) and a view from a Hollywood hillside into the genially blasted landscape of average Los Angeles spread out below. How many more 40-year-old industry fringe-dwellers are still in a post-collegiate holding pattern down there, cradling their bongs while padding around in dreadful American Apparel little-boyish solid-color briefs?

One of the parallel tracks of “Uncle Kent” are the accoutrements of technology: choosing the light and how much skin to show for their Craigslist response, awaiting his Mac laptop’s Photo Booth program to click, hearing the software’s “beep-bee-bee-fwack” that simulates a shutter’s clack. And, the essential banality of self-media and emotional media-ation is accompanied by the clank of empty beer bottles. It’s Swanberg’s 2006 “LOL” with technology more woven into the fabric of daily life, and with a bit more mealy melancholy. The other is the array of variations and iterations on the slow reveals, the clumsy tease, the universal get-to-know you, discomfort and unease and ordinary self-display. When the three meet, Kent retreats to the song of his slobby water bong while the girls cross legs and brandish knee socks and nerd glasses in tentative embrace. The most telling image in the movie comes then, when he has to put on his glasses to look at the viewfinder of his camera as he views the two women toddling tawdrily. It’s an unsentimental portrayal of the onset of middle-age aloneness, if not loneliness per se.

“Hi, where have you been all my life?” may be learned behavior, but it always sounds good up close, or convincing in the middle distance of Swanberg’s increasingly refined compositions. Swanberg has noted the influence of graphic novelists like Adrian Tomine (“Optic Nerve”) and Chicago’s Jeffrey Brown (“Clumsy”) and at its best, such as the role of Kent’s cat in the ending of the movie, captures those two writers’ sense of life-just-happens and what-the-fuck-just-happened, those instants just before cheeks flush and unwelcome memories etch.