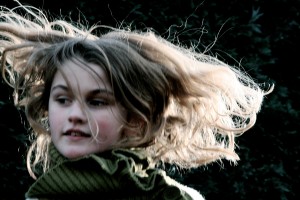 I spent most of last week in the dark in Toronto, not thinking about Toronto.

Almost every crisp, aromatic spring day, whether misty or sun-bright, I burrowed into the dark, seeing as many films as possible at the nineteenth edition of North America’s largest documentary festival, trying not to think about the city outside or the numbers piling up around me: 200 filmmakers, 360 public screenings of 199 films on sixteen screens in locations stretching across Toronto, plus workshops, panels, conferences, conversations. A final attendance estimate of over 150,000, eleven percent higher than 2010.

The festival’s combination of industry networking and co-financing meetings and sheer good-willed hopefulness has always struck me: a perfect storm of art and ambition and productivity from the privileged perspective of a journalist who gets to see both sides of the event. While some panels are open to the public in venues around town, the fact that 168 of those screenings sold out after going to rush ticketing shows a local appetite for the programmers’ slate of local and international nonfiction.

The most striking thing from my all-day consumption of documentaries from around the world is how many approaches, inventive, attentive and simply cinematic, were applied to even the dourest topics. I wound up seeing more and more films from fallen Soviet republics, with titles like “The Vodka Factory” and “After the Apocalypse,” tapestries of suffering, neglect, destroyed cities and generations of mutated chromosomes. And by the luck of the draw, near every one functioned as a “movie,” as a fully drawn and inhabited canvas of sound and image. With contemporary technology, based on this momentary sample of several dozen films, documentary gets farther and farther and farther from the cliché of talking heads talking about society in ostensible “objective” fashion.

One example: a Dutch film, Catherine van Campen’s “Flying Anne,” which eventually won Best Short Documentary. Twenty-one minutes of simple cinema vérité, composed and edited in a lyrical style, it watches a bright 11-year-old girl who wants to hurtle through life, jump, tumble, fly, ride her bicycle on the rain and catch raindrops on her tongue-tip. Anne wants life to speed up, always speed up. She’s stunningly lovely, with an open face a Renaissance painter would have nodded toward with recognition. She has Tourette’s. Pause and patience and concentration produce tics. Van Campen’s eye is notable for compassion and concern and restraint: the evocation of Anne’s world through imagery and sound and music captures sensation as well as sense. It’s a fully realized film-film, it’s cinema, quiet yet bold, capturing Anne’s condition and her optimism in emotional but unsentimental terms. I could easily tell you about another dozen films on that same high plane of imagination.

One sun-struck afternoon late in the festival, several Canadian documentary makers, directors and producers, have gathered for a drink on a hotel rooftop, one with a history as a literary hangout, the walls dark with caricatures of writers now obscure even to Torontonians of middle age.

There’s shorthand in the air about the thinning of work and the thickness of commissioning editors. Someone’s celebrating the end of a long-held job with a thin, kind smile and a second martini. They have history and know the history of their local and national industry. One had asked me questions about Chicago and documentaries, or, more specifically, Kartemquin and its forty-five years of productive filmmaking, as well as Steve James and Alex Kotlowitz’s “The Interrupters,” a hit upon its Sundance debut and one of the most talked-about movies at this event. Sweeping narrative, patient observation, dynamic editing and assertive, unfussy style: why don’t we have that in Canada, one asked?

“People who make documentaries in Canada,” a filmmaker said, not calling his colleagues or peers filmmakers, “don’t know what cinema is. They’re blind to it. They can’t hear it.” I looked across the topography of Toronto toward Lake Ontario, where the falling light glinted across the CN Tower. “They don’t even know what you’re talking about when you talk about making an image or using something that isn’t literal. They take a theme, they worry it like a dog. They think that’s all you need. It’s not even a story. It’s a subject. A worthy subject. And that’s all you need.”

But Hot Docs doesn’t reflect that, I said. No, the filmmaker agreed and a second one said, “It’s a Canadian film festival but it’s not all about Canadian film.” The documentaries you were talking about, said another, were almost entirely from other countries and in different styles.

“Beauty, truth,” an extremely active and peripatetic producer-mentor-director said, shrugging and signaling the waiter, making an allusion that brought nods and no footnotes and no one chiming “Truth, beauty.” There were a couple dozen filmmakers in the room, and a programmer of one of the best United States documentary festivals. I tried to remember the rest of the two lines those words came from, from the end of John Keats’ “Ode on a Grecian Urn,” but they didn’t come. I opened my laptop and found them in seconds, “Beauty is truth, truth beauty,—that is all/Ye know on earth, and all ye need to know.”

Another filmmaker arrived as I closed and stowed the brushed silver thing. Introductions around. “Tell her about ‘Flying Anne,'” the first filmmaker said. “He saw the short about the girl with Tourette’s, the one that’s more beautiful than words. He won’t stop talking about it.”

A ninety-second trailer for “Flying Anne” is  below.