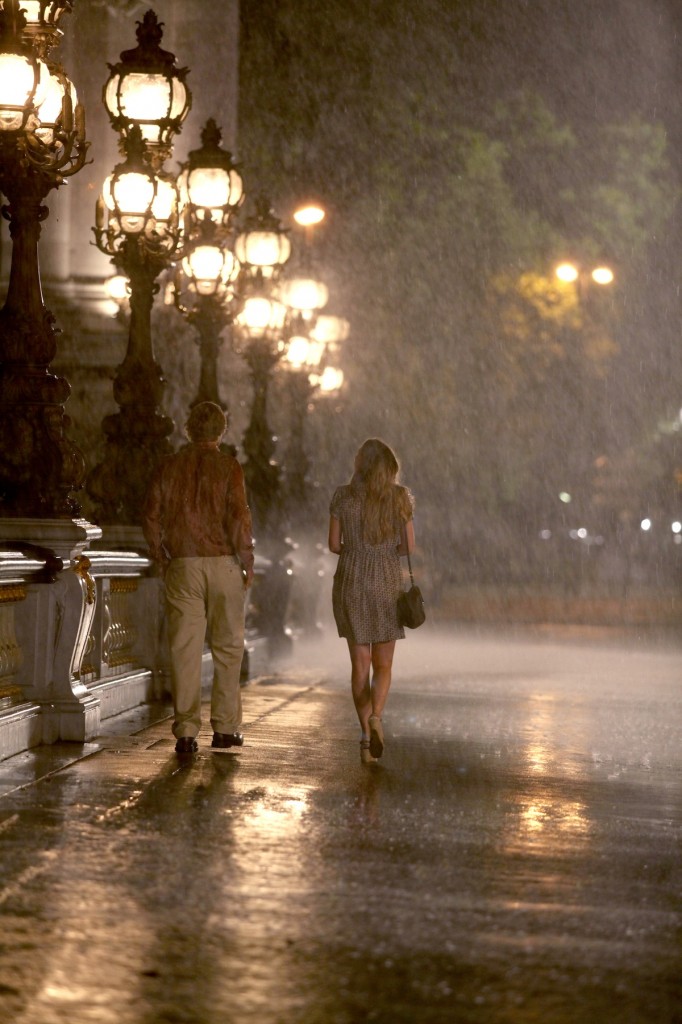 “Imagine the two of us settling here,” says Gil (Owen Wilson) to his fiancée Inez (Rachel McAdams) on a trip to Paris. She cannot. But he can: more so than he can imagine. After Gil relates his marvelous encounters during solo midnight walks, she suspects the screenwriter she’s about to marry suffers from a brain tumor. Writer-director Woody Allen returns to classic style, complete with college-lit footnotes and his longstanding slur of “pseudo-intellectual.” His kneejerk liberalism lets Gil count his future father-in-law among “Republican Tea Party crypto-fascist airhead zombies.” Gil is like so many other neurotic Allen characters: a self-identified conflicted hack insecure about his creativity. This time his stand-in seeks inspiration for his labor-of-love novel about a nostalgia-shop owner. Soaking up atmosphere on the late-night streets of Paris, he gets magical rides from F. Scott Fitzgerald, Ernest Hemingway and Tom Eliot. They convey him to legendary scenes of the 1920s Paris he idolizes. Among the luminaries he meets are Pablo Picasso, Salvador Dali, Man Ray, Luis Buñuel and Djuna Barnes. Gertrude Stein looks at his manuscript and gives him tips. (He’s a long way from Pasadena.) He meets Adriana (Marion Cotillard), who pines for the more vibrant Belle Epoque. One carriage ride later the pair consort with the storied figures of that era, who in turn fantasize about the grander Renaissance. The enchanting “Midnight in Paris” is a cultural romance of time-travel tourism. With Corey Stoll, Kathy Bates, Kurt Fuller, Mimi Kennedy, Michael Sheen, Nina Arianda, Tom Hiddleston, Alison Pill, Léa Seydoux and French First Lady Carla Bruni-Sarkozy. 94m. (Bill Stamets)