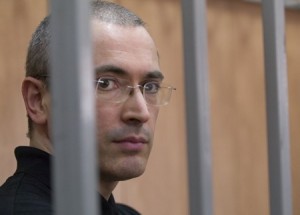 Cathryn Collins’ first feature, “Power” (Vlast), is the kind of well-tooled, informed documentary that makes you realize the question is not, “What is this world coming to?” but, “What has this world become and when did it become this?” Heavy on the talking heads, “Power” is nonetheless powerful in its detailed assembly of facts and figures about how the former Soviet Union, Vladimir Putin and Dmitry Medvedev’s Russia, is an increasingly lawless gangster state run, as the previous regimes, by “brutal secret police.” The more things change… Collins’ central figure is Mikhail Khodorkovsky, an oil baron, part of the 1990s’ emerging power structure, who fell out of favor and was prosecuted for alleged tax evasion, stripped of his Yukos oil empire, and sentenced to years in prison. The panoply of articulate experts will gratify students of power, oligarchy run riot and political junkies on hand.  88m. (Ray Pride)

“Power (Vlast)” opens Friday at Facets. A trailer is below.