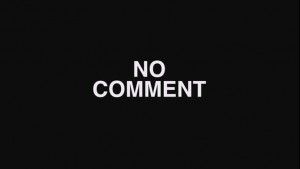 The 80-year-old Jean-Luc Godard’s “Film Socialisme” is a disarmingly beautiful rash of video imagery that ranges from HD in gleaming blues on a luxury liner late at night to cell-phone images that stutter, blanch and bleed, accompanied by murmorous dialogues turning over familiar political idées fixe and the crisp musique concrète-style sound mixes of his work of the past three decades. Godard hectors and cryptographs, finding an expressive character for his digital video palette with far greater success than his 2001 “Eloge de l’amour,” but with less engagement than in the recently reissued “Sauve qui peut (la vie)” (1980), shot on 35mm film, which works with metaphors of self-loathing, prostitution and misogyny. “Film Socialisme” is sketch comedy for cineastes (far less dense than the obsessive and potted essay “Histoires du Cinéma”), those who react to colors and edits and gestural repetitions and thematic fixations, but not those who struggle to cipher a story from fragments. His latest fractured fairytales are also filmmaking as sculpture, expressive through collage and not the verities of theater and text, film as a corrupted dream. (Oh! The nineteenth century!) While spoken in French and German, among other languages, Godard’s bad-faith subtitles for American audiences consist mostly of nouns, and he describes the translation as “Navajo,” or an emulation of how Native Americans were made to speak in Hollywood Westerns. It’s fantastic essay-making, dotty in its spotty reasoning, but formally savory to certain eyes and ears, especially those that can follow a couple of languages, and certainly distinct from mainstream work, not to be taken as mainstream work at all. Who’s it for? Ending the film on two cards—a defaced FBI copyright warning and the words NO COMMENT—Godard blatantly does not give a fuck. (I would love to hear the elder cigar-hondler’s gravely voice mutter the words, “Pourquoi ne pas vous me mordre?” A slight grin with it would be lovely, too.) Still, last week, “Film Socialisme” elicited perhaps the first memorable Dan Aykroyd-Jane Curtin-type exchange from the “Ebert Presents” program’s pairing of young Ignatiy Vishnevetsky and the decade-older Christy Lemire. Lemire’s “I’m not stupid and I didn’t know what the hell this film was about” was countered momentarily by ever-sprightly Vishnevetsky’s cheerful shrug, “Why shouldn’t there be a llama at the gas station?” (Ebert’s own single-star Sun-Times notice calls the film “an affront.”) Godard’s sarcasm extends to featuring a pair of talkative cats: not playful Chris Marker cats, but plain YouTube-style critters whose tick-tock of mrrowlls volley like, well, like the players on a movie review magazine show. With Patti Smith. 97m. (Ray Pride)