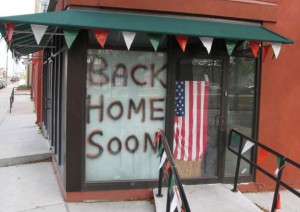 “The Big Uneasy” is Harry Shearer’s first feature documentary, an earnest love letter to a city that was half-ruined by governmental incompetence and indifference. Why did Katrina’s winds trash the city? Whose fault was the inattention to simple structural necessity? Shearer has the budget to cover a lot of the waterfront, if not the filmmaking skills to make the subject compelling. His own on-camera appearances don’t help; the veteran political observer, satirist and voice-over adept looks worn-down and grizzled under his straw hat rather than objective, concerned, or mad as hell. It’s one less spark in a haystack filled with deadly dry talking heads. Still, the New Orleans resident does prod and pester the subject, allowing dense explanations of factors before and after the storm, and uncovering how little the supposed improvements to the city would help if the same level storm were to hit again. And while usefully hortatory, it’s no substitute for Spike Lee’s impassioned “When the Levees Broke.” (An opening burst of Mardi Gras nudity and profanity would insure an “R” if the film were rated.) With John Goodman, narration by Brad Pitt, Jennifer Coolidge, Wendell Pierce, Will Lyman. 95m. (Ray Pride)

“The Big Uneasy” opens Friday at the Music Box. Shearer will appear opening night. A trailer is below.