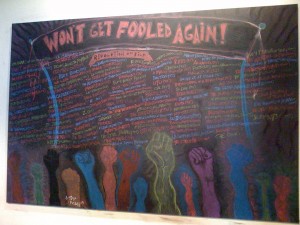 Being a film lover in a place like Central Ohio isn’t easy. Phil Morehart, an editor at Facets Multimedia, grew up there and doesn’t take for granted the access a cinephile like himself has in a major metropolitan area.

“Chicagoans are lucky,” he says. “There are still a lot of small video stores where you can find things. But when you have someone who lives somewhere in the middle of Ohio or Indiana, there are no independent videos stores.”

So it would make sense that Morehart is now the operator of what is essentially Facets’ attempt at making the independent video store a national experience. He runs the company’s mail-delivery-service website—what amounts to Facets’ take on Netflix, an online portal into its library of obscure, foreign and out-of-print films.

“That’s what we pride ourselves on,” Morehart says. “We take great care of that. If we can track down some obscure film, or even some cruddy film that we might not have but is only on VHS, we’ll get it just to make sure it’s available.”

While Netflix and Blockbuster have made access to massive film libraries cheap, legal and accessible to people in every corner of the country, there remains an uncountable number of films that might never enter either company’s ever-expanding collection. But since 2009, Facets has made more than 65,000 of its hard-to-find titles (Netflix reached 100,000 films right around the same time) available to film buffs across the country. Two years later, Facets’ online service now reaches across the continental United States, with subscribers in all of the lower forty-eight, Morehart says.

Yet, while Netflix and Blockbuster have gone through multiple advertising blitzkriegs since their inceptions, Facets has expanded its nationwide subscriber base basically through word of mouth. Aside from social media outlets like Twitter, they have relied simply on old-world customer-to-customer recommendation to spread the word about one of the nation’s largest independent rental houses. But what’s allowed the online service to flourish is its niche as a haven for cinephiles. 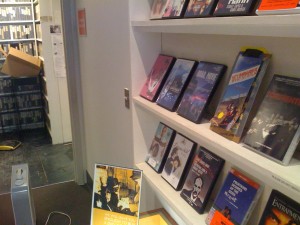 “A lot of our customers are serious cinephiles,” Morehart says. “They know that we’re going to have ‘Film Socialisme.’ One thing we offer that Netflix and Blockbuster don’t is that we have a large collection of import DVDs. That’s something that really sets us apart. You’re not going to get the new Godard film that’s in theaters right now on Netflix. But we got it.”

The video-store atmosphere has become ingrained in American cities as a sort of late-twentieth century public house, where movie lovers congregate to discuss cinema. Some critics have gone so far as to say it has even shifted the way films are made. Yet in the last decade, mail and digital film delivery services have contributed to the downfall of many brick-and-mortar rental stores. Facets, tucked away in Lincoln Park for more than thirty-five years, has served as a preservation house, cinematheque and film school. Yet its Fullerton storefront, the rental shop, Morehart says, has always been its “bread and butter.” And one of its missions is to maintain the sense of entering a local film store when users go online.

“The goal has been to merge that into our online presence,” Morehart says. “We don’t choose films we feature on our site as recommendations based on any sort of algorithm. It’s completely editorial. There’s a distinct Facets voice that is translated to the site. The recommendations are based on personal research, on what we want you to see, not based on what got the most hits today.”

However, there is an inherent risk acquired when sending out-of-print titles by mail across the country. Facets has had a large number of films returned scratched and broken. “It might be our last copy of something, and it does kind of break your heart,” Morehart says. While Netflix and Blockbuster have their films hand sorted by the USPS, other similar services have not yet received such treatment.

Morehart says streaming films online has been discussed but there’s no real timetable for if—and when—Facets might provide that service. For now, their focus remains on curating and maintaining one of the nation’s largest and most unique cinema libraries.

“A lot of places might not be about movie appreciation as much as it is about business,” he says. “Not to say we’re not out to be as successful as we can, but it’s about the movies here.”