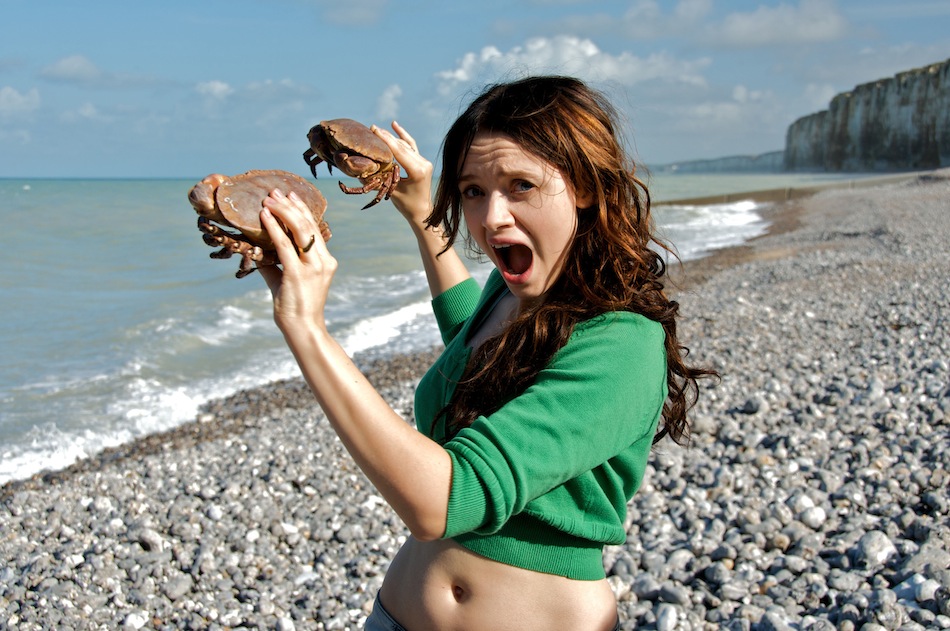 (Le Nom des gens, or “People’s Names”) “France is full of fascists, whites are fascist, blacks are fascist, even Arabs are fascist, the Chinese must be fascist, too, but I don’t know any” is how twentysomething Bahia Benmahmoud, daughter of a once-upon-a-time French radical and an Algerian immigrant, introduces the workings of her mind to middle-aged Jewish scientist Arthur Martin (French favorite Jacques Gamblin) in Michel Leclerc’s madly riffing comedy “The Names of Love.” Algeria and Auschwitz are the tragedies in the family past of these mismatched lovers, but Leclerc’s japery about Arab-Jewish affairs, the lives of immigrants and cultural identity keep things racing on a superficial but not entirely facile speed. (The history of the Holocaust and France’s colonialism erupt too often for the serious strain to flag.) Post-hippie Bahia is a walking assertion of body image. Both “Names” and  “The Imperialists Are Still Alive!”, also opening this week, bristle with full-frontal female nudity. Here, there’s a version of the nude-in-public dream cast into a street and subway full of passersby’s faces, as only her pink Doc Martens boots shield her. Shocked to discover her state of dishabille on a train platform, she exclaims, “I lack rigor! I can’t multitask!” As played by Sara Forestier (who won a 2011 César Award for Best Actress), she’s a politically radical young woman who’s disappointed when she can’t sleep with someone on first encounter. Curls and dimples, wide blue eyes and a tendency to slip from the bounds of her already-revealing clothing, Forestier is like Heather Graham (Roller-Gaul?) after god knows how many espressos: café au la la. She’s startling because she’s not just a cartoon or caricature of lissome, movie-style Frenchness, but a full-blooded, full-bodied embodiment of idealism and headlong joie de vivre. French social issues come as fast and furious as her effervescent careering; there’s a shameless, tireless antic magnificence to its Gallic gall. Did this come across to a Parisian as a contemporary edition of mid-career Woody Allen movies, as a heightened comic slice of life? The quiver of narrative attraction-distractions that shoot through “Names” suggest a filmmaker who’s slept with a DVD of “Annie Hall” under his pillow (and the pudgy typeface of the main titles is well within hailing distance of Allen’s beloved white Windsor-EF Elongated on black). French politician Lionel Jospin has a bizarre extended cameo, almost as odd as if Bill Clinton popped up in “The Hangover II.” Leclerc and co-writer Baya Kasmi also won a César for Best Original Screenplay. 104m. (Ray Pride)

“The Names of Love” opens Friday at Landmark Century.