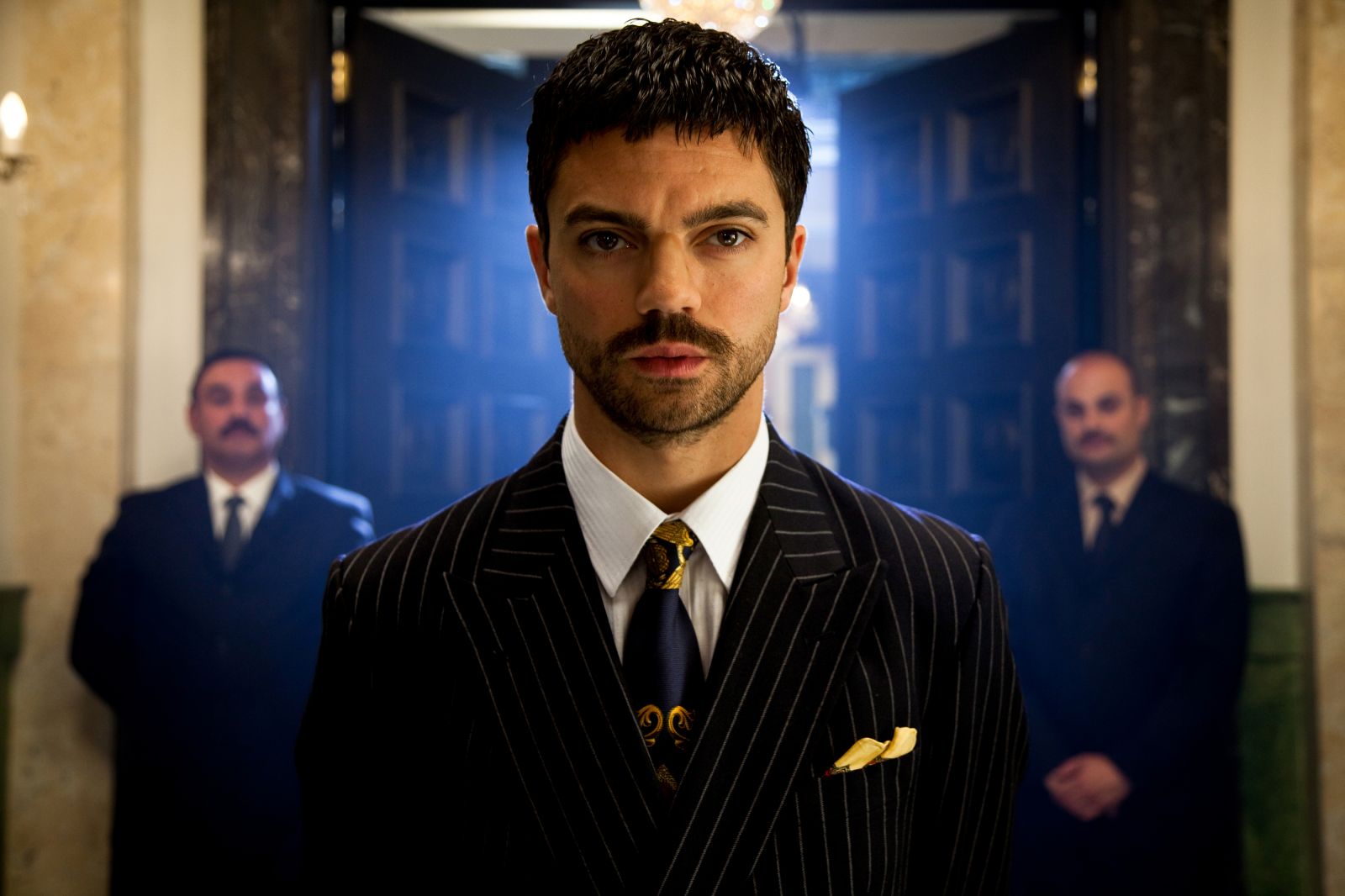 A lurid pop operetta of id and blood and smut, Lee Tamahori’s “The Devil’s Double” is the most dynamic movie he’s made since the Maori gangs chronicle, “Once Were Warriors” (1994). An inert David Mamet script (“The Edge,” 1997) and a high-grossing, but unmemorable Bond film (“Die Another Day,” 2002) lacked the vigor of his feature debut. With the jumped-up bunkum of a fictionalized account of the late 1980s and early 1990s crimes, perversions and notorious madness of Iraqi dictator Saddam Hussein’s son, Uday, and his body double, Tamahori is in the kind of bunker-buster bad-taste territory that seems suited to his skills. When you’re trying to out-trash “Scarface” on an obviously modest budget, on a Middle East-set movie shot largely in Malta, you’re already swinging from the chandeliers rather than for the fences. “The Devil’s Double” embraces the gaudy look of gangster movies of that long-lost era of twenty years ago where it’s set. Dominic Cooper has giggly, actor-ish fun with the Bugs Bunny-toothed psychopath, as well as the brooding “fiday,” or double, Latif. The double scenes aren’t as sophisticated as Jeremy Irons’ performance in “Dead Ringers,” but the effect remains startling, especially with today’s smoother technology. Cooper’s glee is matched by Tamahori’s in scenes where a gutted character’s intestines flash vividly into air, or when Uday is trolling for schoolgirls and declaring in multiple iterations that he can’t help it, he just loves “cunt.” And it’s not just the lingering on dismemberment and rape: Tamahori tickles toward the fetishy, relishing Uday’s admiration of oversized drag queens, and lingering on stolid pout-vamp Ludivine Sagnier’s bare feet at eccentric moments, not only in bed with Uday or you-not-Uday, but in scenes like an escape across the desert. “Do you ride,” Latif asks, and there’s a close-up of Sagnier’s pudgy toes followed by two horses silhouetted on a distance horizon. Soon after, Saddam throws a fit about a photograph, about this terrible woman: “She has no shoes on her feet!”  (Tamahori’s Saddam sports red carpet slippers the Pope might wear.) A final title says, “The rest is history.” It’s a fitting last laugh. 108m. (Ray Pride)