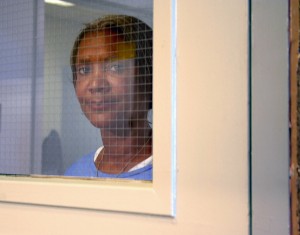 So long as there is injustice in the world, there will be documentaries. Yoav Potash’s “Crime After Crime” almost-six-years-in-the-making documentary tells the horrific story of Deborah Peagler, a California woman serving a life sentence for murder, and an “incarcerated survivor of domestic violence.” Shot inside California’s largest women’s prison, this Sundance Film Festival entry and selection of the Oprah Winfrey Network Documentary Club, offers twists, turns, outrage and no simple solutions as it follows Peagler and her legal team in her attempts to gain release after twenty-six years in prison. The amount of apparently false evidence against her is almost comic in its extremes, mocking the idea of American justice even in summary and assertion. As the director-producer-editor writes in a director’s statement, “I hope ‘Crime After Crime’ advances a national dialogue about the rights of battered women, and in the years ahead, I hope that its success will further enable me to be involved in the creation of films that have a direct and meaningful impact on people’s lives.” Virtuous hopes. 95m. (Ray Pride)