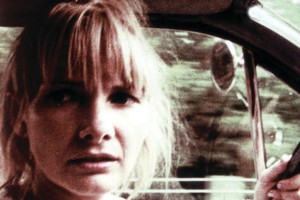 Nitrate film, which movies used to be exhibited on, was flammable, explosive, prone to rot, unstable. 35mm celluloid as we still know it today is one of the most stable of preservation media. Yet the film industry is rapidly shifting to digital formats, much to its likely sooner-than-later regrets. Are you old enough to have a few three-and-a-half-inch floppies on a shelf in the closet? Eight-inch Wang floppies? Take just the quickest moment to think of how you might go about recovering the data and you’ve got an idea of what the film industry will face in coming years. The Siskel Film Center has an admirable policy of showing just about any archive print it can get its hands on, and in September, the biennial touring UCLA Festival of Preservation arrives with fourteen celluloid restorations—which cost a fortune to do—that include the late Barbara Loden’s singular blue collar Southern slice-of-life “Wanda” (1970) and films by Anthony Mann, Douglas Sirk, Rex Ingram, Robert Altman and more. From silents to early films noir, from early television drama to “This Is Your Life,” one of the pioneering 1950s reality television efforts, the array is a knockout. Shockingly, Altman’s 1982 “Come Back to the 5 & Dime, Jimmy Dean, Jimmy Dean,” marking his turn toward non-studio filmmaking, is one of the never-on-DVD films that required saving. While only on DigiBeta, Alan Schneider’s 1961 rendition of “Waiting for Godot,” with Burgess Meredith and Zero Mostel should be a highlight. (Ray Pride)

See siskelfilmcenter.org/ucla2011 for the full calendar.