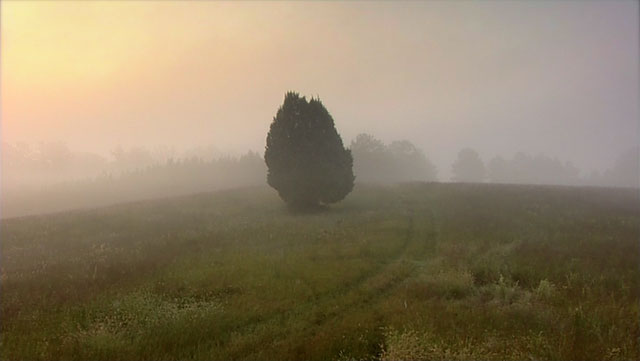 Robert Persons’ “General Orders No. 9” is a lyrical essay film at least partly about the urbanization of rural Georgia, an elegy of haunted mood reminiscent of Patrick Keiller’s lovingly dyspeptic but visually striking “London” and “Robinson in Space” or Terence Davies’ brooding memory musical “Distant Voices, Still Lives.” It’s more in those schools than Terrence Malick’s “Tree of Life,” the convenient reference point for reviewers upon its overlapping New York week-long run this summer. (The free-floating character of the narration doesn’t distill itself to the many voices of so-similar inchoate spiritual yearning in the Malick film.) “One last trip down the rabbit role before it’s paved over” is the tagline Persons applies to his experimental documentary. “The place has not yet perished…” “General Orders” persists. The film is good-looking to an extreme, but it’s because of the time and focus the filmmaker spent observing landscape with a naturalist’s eye and a consistent appreciation of touch, the language of poetry, the scent of what is in a “holy district” and the scents that came before, unobserved, unsmelt. The film keeps its own counsel, hews to its unsentimental dispersal. Persons told Filmmaker magazine’s interviewer, “Gosh, I’m sort of all over the place. But there were certainly a lot of films that we used to reference—a lot of Tarkovsky films, Herzog films, Chris Marker, John Grierson docs, the British Film Unit, David Lynch and Harry [Everett] Smith… I liked the idea of someone going around recording things.” Haunted beauty, a majestic trance: it’s deeply invested in what Greil Marcus called “old, weird America.” 72m. (Ray Pride)