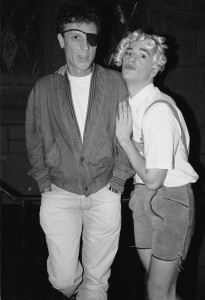 New York nightlife luminary Peter Gatien is the central subject of Billy Corben’s “Limelight,” a so-so documentary that details the dance and drugs and self-damage of the 1980s: rise, fall, across the course of a pursuit, in the hours of a long night. Corben’s earlier films include 2006’s “Cocaine Cowboys” and “Cocaine Cowboys II” (2008) and drugs and depredation are on the menu on a more up-close scale here as pirate-patched proprietor Gatien lords over his kingdom of clubs as a “Caligula with music,” including Tunnel, Palladium and the titular pleasure dome. The archive footage is the key fascination: latter-day interviews prompt more squirm than gawk. “I love America, man” is as deep as it gets as Gatien describes the opportunities he took advantage of. The press kit offers this wonderfully Pollyannaish paragraph about the since-deported Gatien’s present-day ambition: “Peter has since returned to Toronto and is now determined to create a series of successful state-of-the-art entertainment, dining and lodging establishments that will bring worldwide acclaim to him [sic] Canadian hometown.” Produced by Gatien’s daughter, Jen Gatien. With Frank Owen, Michael Alig, Michael Caruso, Ed Koch, Steve Lewis. 101m. (Ray Pride)