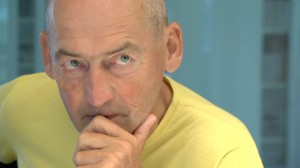 Gary Hustwit concludes a trilogy of film essays on design by documenting architectural projects in cities around the world. “Urbanized” expands the scope of “Objectified,” his 2009 documentary on industrial design, which in turn covered more than “Helvetica,” his 2007 documentary on that typeface. Working once again with cinematographer Luke Geissbühler, an especially clever framer, Hustwit is an enthusiast of fine design and smart designers. “Urbanized,” though, is more inspirational than incisive. Better reporting on comparable subjects is found in the 2009 series “Cities on Speed”—Bogotá, Cairo, Mumbai, Shanghai—that was commissioned by the Danish Film Institute. What is too often missing in “Urbanized” is a useful sense of the political forces backing or blocking the innovative fixes for urban crises. When Hustwit includes controversies here, the outcome typically peddles optimism that good guys and their bright ideas will win to make life in cities better. “What we have around [us] is visual disease and what we try to do is cure it somehow,” beamed designer Massimo Vignelli in “Helvetica.” That “somehow” seems more urgent in “Urbanized.” 72m. (Bill Stamets)
“Urbanized” opens Friday at Siskel.
Ray Pride