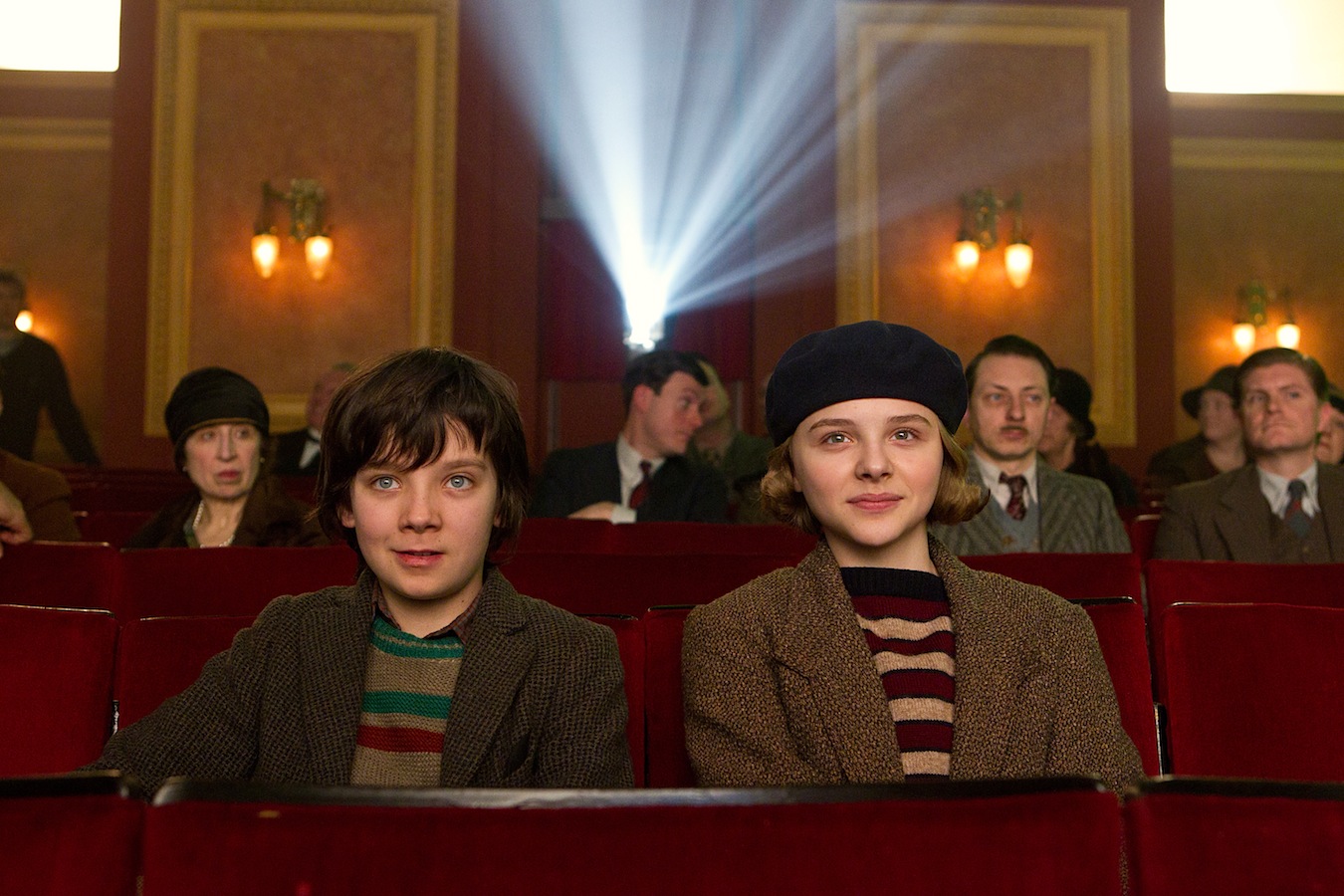 “Hugo” is Martin Scorsese’s most personal film, a pop-up picture book of a metaphor for his own childhood. He, as a boy, small, asthmatic, watched from a Little Italy window the goings-on on the street below, captivated by the narrative that he could construct in his mind but never fully participate in, swept away by the power of movies that his father took him to. Here, his protagonist Hugo Cabret is an orphan who tends the clocks of a vast train station in 1931 Paris, peering through window and frame and trapdoor and crevasse down onto the teeming to-and-fro of passengers and merchants, a human comedy he can only witness with wide eyes. Built from Brian Selznick’s graphic novel, “The Invention of Hugo Cabret,” Scorsese’s picture is much more than a clandestine bildungsroman: it’s a grandly ambitious tapestry intended to entertain, but also to advocate for the preservation of film history. In Hugo’s search for the pieces of fine machinery that will allow him to finish an automaton, he hopes to complete a project his clockmaker father could not. Springs, gears, fine wire, even the glorious object, held up for brief but loving inspection, that made 35mm possible, the Maltese Cross, pass through Hugo’s talented fingers: he is both tinkerer and pilfer artist. A weary shopkeeper, a seller of toys, catches him with his pockets full of mechanical makings, and antagonism becomes unexpected conspiracy after Hugo discovers the man is a forgotten filmmaker, one of the pioneers of cinema, Georges Méliès. The story is transformed into something grander, an adventure that begins in a swooping shot from on high above Paris then races along the tracks of the station and then through its tunnels and hiding places and finally to Hugo’s wide eyes turns into the story of the imagining of cinema itself: insistently fetishistic but also emphatically humane. (Scorsese speaks of the story being an allegory of “the machinery of creativity.”) There’s magic here, and irony, too: a love letter to a nineteenth-century medium that lived on 35mm nitrate stock that is made with the wealth of twenty-first-century technology and exhibited in film-less digital 3D. “Hugo” is one of the best train sets a boy ever had. Eyes sparkle, the skies dance with snowflakes, the station comes to life on plumes of smoke and steam: James Cameron has called it one of the early masterpieces of modern 3D filmmaking. With Asa Butterfield, Chloë Grace Moretz, Ben Kingsley, Sacha Baron Cohen, Emily Mortimer, Ray Winstone, Jude Law, Christopher Lee, Richard Griffiths and Michael Stuhlbarg. 126m. (Ray Pride)

“Hugo” is now playing and will expand in coming weeks.