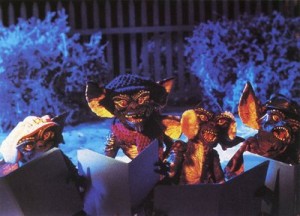 What better way to ignore the six-week long brouhaha called The Holidays than with slasher horror films that take place during the holidays? Instead of sitting through the usual TBS twenty-four-hour “A Christmas Story” marathon or humoring your parents by watching the oldie-but-goodie “March of the Wooden Soldiers,” check out one of these great offerings available on Netflix and YouTube. It’s going to be okay. It really is.

“Gremlins” (1984)
“Gremlins” is usually filed under “family films,” but with gremlins being microwaved, blenderized and that horrific scene (“that’s when I noticed the smell”) where Phoebe Cates regales Gizmo and Billy with how her father broke his neck coming down a chimney trying to surprise them as Santa Claus, it’s pretty obvious that this is a horror film lurking in Mogwai clothes. Due to the violence and its PG rating (in 1984 there was only G, PG and R), enough parents complained about the violence in “Gremlins” to coerce the MPAA into forming the PG-13 rating two months later. Chris Columbus wrote “Gremlins” and went on to direct the warm holiday classic “Home Alone,” but before he did so, he got pretty dark on this one. 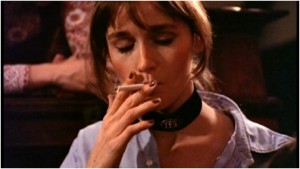 “Black Christmas” (1974)
This Margot Kidder-starring gem chronicles a madman terrorizing a sorority right before they’re about to go on Christmas break. A crazy killer keeps prank calling the sorority with gibberish screams. The girls think nothing of it until some of their sisters start to go missing. “Black Christmas” ushered in the whole scary phone thing that was seen in “When a Stranger Calls” and “Scream.” One of the most frightening moments is when the police trace the call and it turns out “It’s coming from inside the house!” Akin to Chris Columbus’ oeuvre, this film was directed by Bob Clark, who went on to do the antithesis of “Black Christmas” with a little film called “A Christmas Story.” 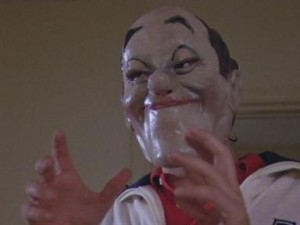 “New Year’s Evil” (1980)
There are quite a few slasher films centered around Christmas, but this is one of the few with events occurring during New Year’s Eve. The eighties film is quite misogynic and hokey, but it’s fun to watch. Diane Sullivan is some sort of big Hollywood thing and hosts a MTV-esque New Year’s countdown show at a hotel in Hollywood. Sullivan starts getting prank calls (again with the prank calls) from someone named Evil who says he’s going to kill someone at the stroke of midnight in every time zone. It’s almost midnight in the east coast, so some unlucky nurse gets stabbed to death. There’s not a lot of gore and the end turns into more of a silly thriller, but it’s better than sitting through the upcoming Garry Marshall ensemble “New Year’s Eve.” 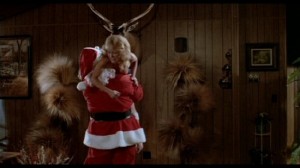 “Silent Night, Deadly Night” (1984)
In November of 1984, this film about a killer Santa caused so much outrage among parents it was pulled from the theaters. The premise features a young boy who witnesses his parents getting murdered by a guy dressed in a Santa suit. Before the incident, the kid visits his somewhat catatonic grandpa who exclaims, “Christmas Eve is the scariest damn night of the year.” You can say that again, ‘pa. The kid and his brother get thrown into an orphanage where strict nuns beat them and tell them sex is naughty. Flash-forward a few years later and the kid is fully grown and now has Santaphobia. When he’s forced to dress up as Santa for his toy-store job, something snaps inside of him and he goes on a killing rampage. I mean, who hasn’t wanted to kill someone during the holidays? 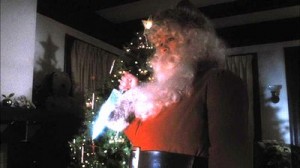 “Christmas Evil” (1980)
The original title was “You Better Watch Out,” but today it’s known as “Christmas Evil.” Yet another film about a killer Santa, this one predates “SNDN” by four years and takes itself much more seriously. As a young boy, Harry (played by Fiona Apple’s dad Brandon Maggart) witnesses his Santa-dressed dad getting frisky with mommy, which causes Harry to be so disturbed by it he becomes mentally ill. Jump ahead and now Harry is an adult obsessed with Santa. Harry has good intentions but he also hates a lot of people, so he decides to murder the undeserving people in his life. Director John Waters hailed this the best Christmas movie ever made and provides commentary on the DVD release. 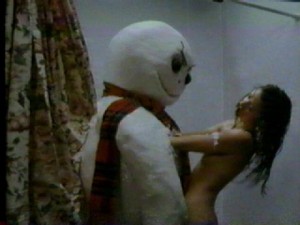 “Jack Frost” (1997)
Not to be confused with the 1998 family film starring Michael Keaton as a snowman, this snowman tale is a little more violent with icicle and Christmas-lights deaths. It’s difficult to suspend your disbelief of how an inmate can collide with genetic material and snow and then morph into a killer snowman, but the entire movie has a pretty good sense of humor about it. “American Pie” star Shannon Elizabeth has an early death scene where she’s raped by Frost. After watching “Jack Frost,” you’ll never look at Frosty the Snowman’s carrot nose and corn-cobbed pipe the same way again. 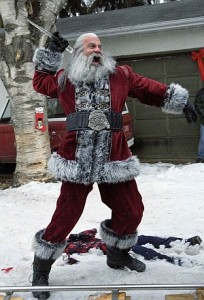 “Santa’s Slay” (2005)
Brett Ratner produced this straight-to-DVD horror-comedy about a Santa who’s really the spawn of Satan (played by former WWE champ Bill Goldberg). Just watch the first four minutes to see Santa murder James Caan and Fran Drescher with a turkey leg and eggnog, respectively. Their characters have nothing else to do with the rest of the movie, but it’s entertaining to watch Santa kick some celebrity ass.