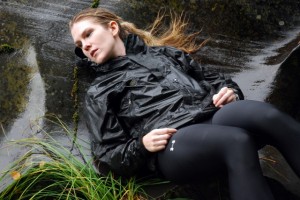 Christopher Munch has made only a handful of films, including “The Hours And Times” (1992) and “Color of a Brisk and Leaping Day” (1996); the title of “Letters from The Big Man” is equally eccentric, but the movie!  Lily Rabe, daughter of playwright David Rabe and Jill Clayburgh is superb in this odd Oregon reverie: Sarah Smith, a National Forest Service consultant recovering from a breakup in the great outdoors, discovers a kindred spirit: a “sasquatch-wildman-Yeti.” Utterly ridiculous! Utterly magical. I’d rather not describe more of how it all unfolds in the mountains of southwestern Oregon. Graceful, uncynical and transporting, “Letters” is an original and a beauty. “I have observed that filmgoers who possess even a passing interest in the subject of sasquatch-wildman,” Munch writes, “will endure a third-rate genre film in the hopes of it containing even a kernel of truth.” Munch reaches toward myth instead. The gentle color cinematography is by Rob Sweeney (“Six Feet Under,” “Color of a Brisk and Leaping Day,” “I’m Losing You”).  With Fiona Dourif, Jason Butler Harner, Isaac C. Singleton Jr., Jim Cody Williams, Don McManus, Karen Black. 115m. Widescreen. (Ray Pride)

“Letters From The Big Man” opens Friday at Facets.