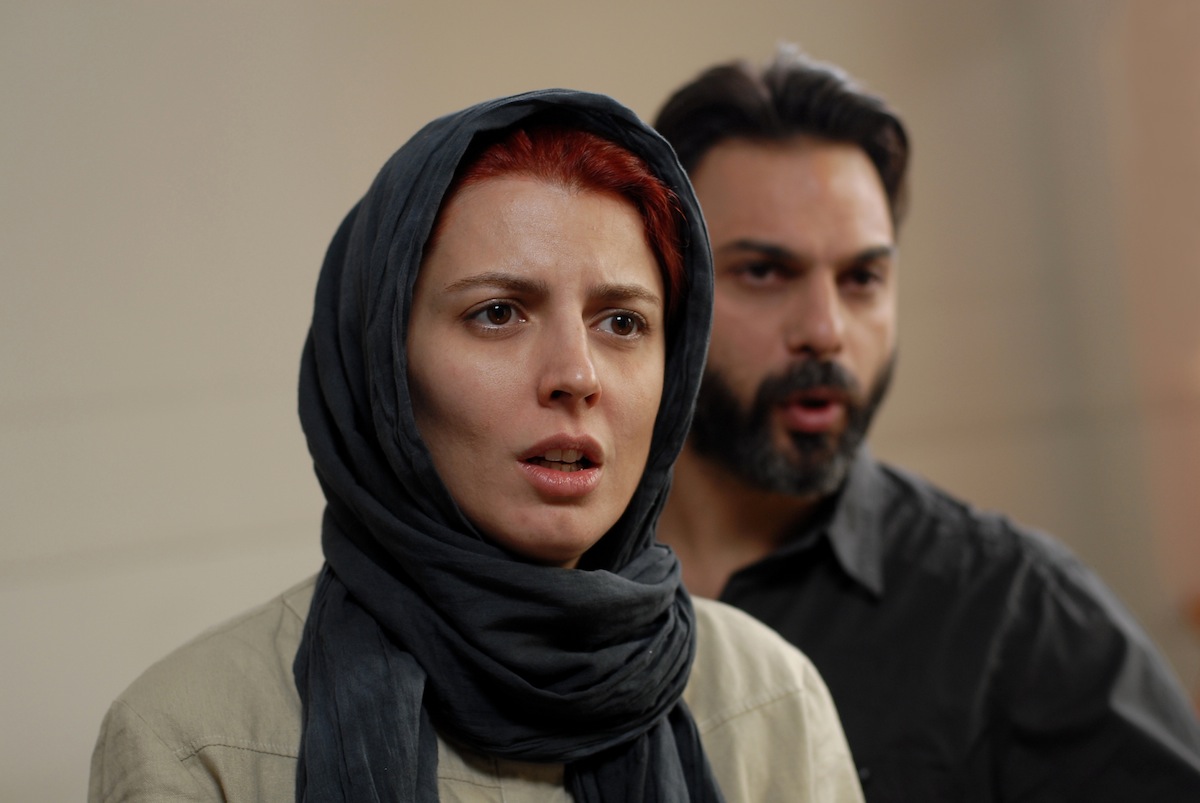 On the simplest level, “A Separation” is about the end of a marriage, or the attempt to separate.

But that’s too simple. In Asghar Farhadi’s fifth feature, the mere fact of one life in contemporary Tehran brushing up against another leads to fateful conflict. Simin (Leila Hatami) wants husband Nader (Peyman Moadi) to leave Iran with their young daughter Termeh (Sarina Farhadi), as she says to a judge at the opening, “In these circumstances…” But Nader won’t leave his father, who is in the early stages of Alzheimer’s. Without his wife to help him, the middle-class Nader hires a young woman, Razieh (Sareh Bayat), to tend to his father. But Razieh keeps this from her unemployed husband, Hodjat (Shahab Hosseini), which leads to harrowing complication after complication in what the writer-director calls “a detective story without a detective.” (The performances comprise the best ensemble acting of any film nominated for an Oscar this year: vital, electric and often wholly unexpected in detail.) “A Separation” also builds on what Farhadi’s countryman, Abbas Kiarostami, calls the “unfinished film,” one that the viewer must complete with his or her attention to suggestions and inferences.

Tragically, Nader and Simin seem like a couple who don’t have catastrophic differences; it’s mostly they don’t know how, or refuse to explore how to speak to one another. Each step of the way, each character complicates the lives of others by hiding some seemingly small piece of information.

Farhadi is a small, trim man of forty with a neat goatee and blue scarf, with the sort of focus you see in images of directors who came to America in the early days of filmmaking. During our conversation, he listens intently to the translator, scribbling.

The apartment where much of the story takes place has been inherited from Nader’s infirm father, so we could mistakenly take the space to indicate what the young family is like. Instead it’s a layer of modernity atop an old man’s house: generations, confused, a new world built upon the old, but hardly yet realized.  The many windows and sightlines of the apartment offer fractured perspectives, it’s like the always-seen, always-seeing nineteenth-century English Panopticon prison or simply a prism, with refracted perspectives. (Farhadi says the film is entirely location-shot.)  There are many occluded frames, where part of the images are obstructed by décor, shadows, foreground blurring, akin to the pieces of information that the characters withhold.

The sound design agitates as well: doors slam cataclysmically, sometimes like a pressure chamber sealing, draining the oxygen from the fraught conflict about to erupt in the scene. “The fact that right now we’re talking about the sound of doors closing within the film, it gives me a very special joy,” Farhadi says, adding that many interviews in the year since its Berlin 2011 debut have been about matters outside the film itself. “I would like to add something to that. The issues of the doors and the windows in this film are many, there are many instances. There is a lot of glass. It gives you the feeling that even though there are so many doors they are stuck somehow in this one place. ” 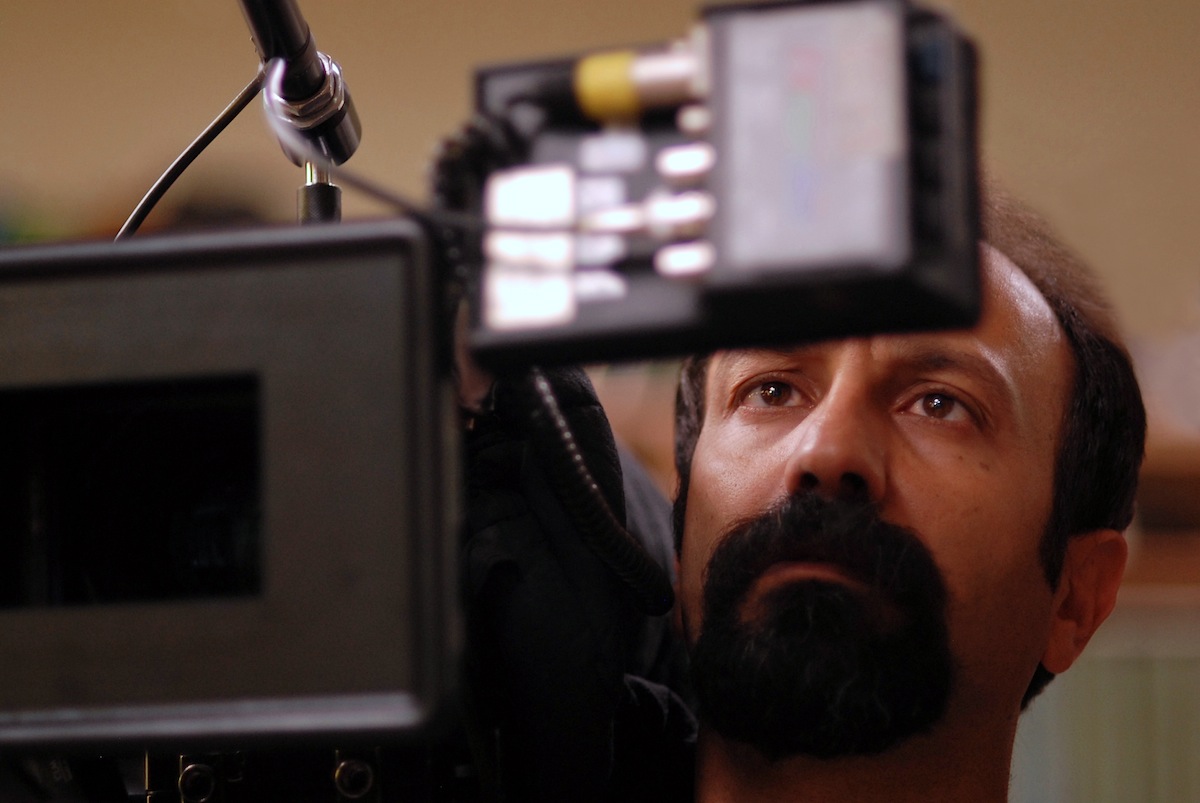 Each time you see someone through a half-open door or window, you’re given some information, but not everything. This is analogous to the dramatic style: we never get our bearings. Farhadi nods. “Talking about the environment of the apartment of these characters, all of us think we have seen that place, that we are familiar with it. But the longer we go into that space, the more we realize how complex the apartment is, and there are still places that we don’t see. It’s as if these windows and panes of glass are preventing us from comprehending and understanding these characters. It comes between us, the lens and the characters. Always this glass in between preventing closeness. This style of work helps the storytelling in two ways: one is that stress, the pressure that these characters are under, we also experience it. And the second is that the same complexity that we see in the environment of these people is the same they have inside themselves. But it has to be done in a way that when you watch the movie, the audience is not conscious of this process. I don’t want the viewer to immediately figure out, ah, this is what the director did with the windows and so on. But the way they are set up, it should have this effect.”

A part of the immense power of “The Separation” rests on this kind of emphatic visual style within what appear to be commonplace settings. There’s a scene where the couple step into an elevator, essentially a freight elevator, leaving a hearing, and as we descend, a wide, undulant stripe of paint on the shaft wall bursts in front of us, a rude rift in cement. “This scene was not in the screenplay and it was not even going to be shot. When I went to the hospital and I went on this elevator and I saw this wall and the way it was painted, it just hit me. The important part here is that in that scene, the characters are seen from the back, so that you cannot see them but you can see what they’re feeling by the projection on the wall.”

“A Separation” is now playing at the Music Box and Landmark Renaissance.