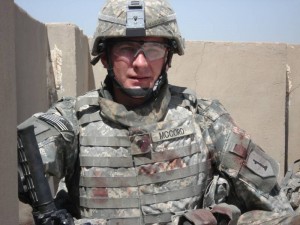 Of the fifteen short films nominated for Oscar this year, Lucy Walker’s “The Tsunami and the Cherry Blossom” is as staggering as anything in feature competition. It begins on March 11, 2011, as the waters approach that left 15,372 dead and 7762 missing, as a cataclysm of “found” footage of onrushing waters, bursting fires, the moving houses, off-camera shrieks. Civilization converted to debris in the slow-fast relentless rush of the wall of water. And words like “Houses riding toward me on a black wave…” “I ran away in my slippers.” But in the foreground in the frame from the primary camera, high on a hill? A branch with fresh cherry buds, silent. The camera pans: a world of destruction. Later, when Walker interviews young survivors on that same hill where the village below is leveled, the blossoms haven’t quite bloomed, but the branches are heavy. The survivors are so matter-of-fact: “Beauty and terror always exist in nature, but we forget the terror.” (One scene finds eighty-five-year old women at the perimeter of a cordoned-off thousand-year-old cherry tree they played tag around as children.) Survivors in shelters are determined to rebuild, to re-establish civilization, or at least a functioning community. Then: Fukushima. The aftermath—still bristling—of invisible radiation, easy to deny or be in denial over. What of the cherry blossom? “They saw the tsunami. They see everything. They blossom as they watch over this town.” In James Spione’s “Incident in New Baghdad,” one of the soldiers from the “Collateral Damage” video released by Wikileaks talks about his PTSD and how his feelings have changed. The haunting images of the floating crosshairs across a color-denatured city as figures scurry below and gunners crack jokes remain shocking. While there’s an offhand “War is a terrible business,” soldier Ethan McCord is furious and articulate, his words bold and urgent: “I think every American is a part of that system, because every taxpayer pays into this big war machine, they don’t dig deep enough into where their money is going, I think they just sit back, and they’re like, ‘It’s not my problem.’ But if everyone were to stand up and say, ‘This is bullshit, no more, we’re not going to do it anymore, we want to know exactly what’s going on,’ then it’d make a big difference.” 130m. (Ray Pride)