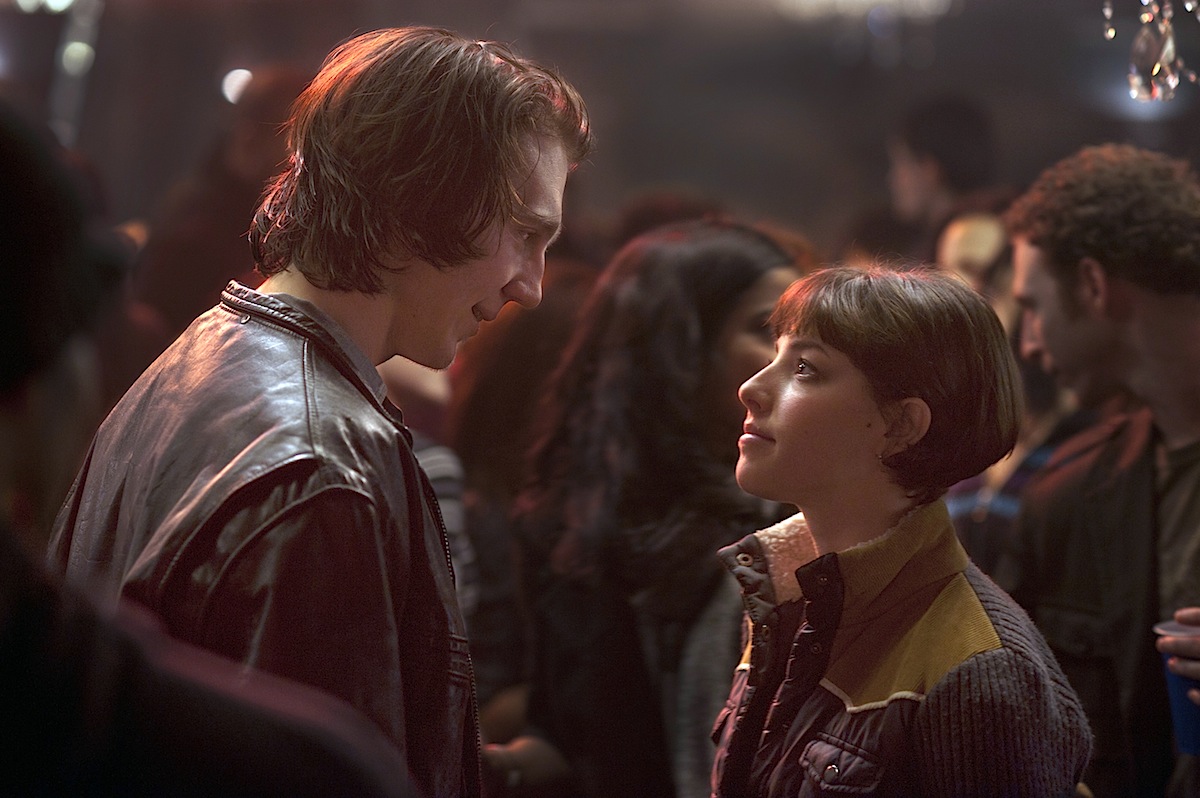 “The water is always looking for a way into your boat” is an epigraph in “Some Ether,” the 2001 collection by poet Nick Flynn, who also wrote the shard-in-the-heart slipstream of a memoir about his relationship with his mentally ill father, “Another Bullshit Night In Suck City.”

Flynn’s quoting a naval manual, quaint, dated ephemera, but the phrase captures in fragrant indirection the terrible and uncertain relationship—to have and have not—between a father who meant to write, who made pretense to write, and a son who did, and does, despite sharing similar predilections. Director Paul Weitz worked for years slimming drafts of his adaptation, “Being Flynn,” including through the period that he directed Robert De Niro in the grievous sequel “Little Fockers.” (I crossed myself just now so feel free not to do so yourself.) Thirty drafts, Weitz claims, to make the nonlinear into a dovetailing movie narrative. The heartstopping dovetail, where “Being Flynn” pivots, is when the elder Flynn shows up at Harbor Street Inn, the homeless shelter where his son has taken a job until he finds a proper ambition. Before then, he’s this close to nothing.

While appearing as open as can be, Paul Dano’s fluttery reticence is more the thousand-millimeter stare of the addict than the writers’ thankless gaze, but his abashed grin is, as always, a quirk-in-progress. Hot-wired to sensation, alive, he’s the cockroach that will survive yet Dano lolls as much as performs. I like watching him on screen, but as Flynn he seems hardly capable of lashing out a lick of memorable goodness, let alone the grand, unsentimental crevasse of “Another Bullshit Night In Suck City.” Olivia Thirlby, as a young woman who works at the shelter who tucks him briefly under her arm as if she were working with stray boys rather than homeless men, spears the role and sears the screen effortlessly, as does Lili Taylor in a thankless but electric role as Joy, a drug addict-turned-worker at the shelter. (Taylor and Flynn are married, which leads one or two metadiegetic frissons when Taylor musses the fictional Flynn’s lank-if-conditioned hair.)

“I’m gonna transform this cesspool of a world, I’m gonna transform it with a word” hasn’t the fire you’d hope from De Niro, who seems to shoulder on the mantel of downward spiral like an understated yet severely tailored topcoat. But Weitz marshals small comic touches daubed with meanness. What seems like the precious find of an ice-crusted pen on the sidewalk by Jonathan turns out to be loaded: he gives it to Nick, who later puts it to paper. It quickly spats its black bile across the lines instead of flowing across the spiral bound page. (The blood is always looking for a way into your ink.)

Nick Flynn has a brief cameo, and in a single shot, a single medium close-up, his features are as indelible as his own author-in-a-hoodie headshot. A prayer that is also an oath is given to Jonathan Flynn, ” You can have it, I bequeath it to you, you have the last word.” But Nick Flynn has said, “My father doesn’t get impressed too much—except with himself.” His madness is always near to shore. While the language of racism is tamped down, Jonathan does get to rant that “I like animals and children, what I don’t like is queers and assholes who try to fuck you up the ass all day long.” (Travis, we hardly knew ye.) Ironically, the elder Flynn’s greatest notice came from writing bad checks. “I wasn’t in federal prison with choirboys,” he likes to remind. He totes talismans, such as worn, folded Viking Press letterhead of provisional compliment inside a battered black leather Filofax. He’s still writing the book, he says, “The Button Man” on a good day, “Memories of a Fucking Moron” on most.

But we discover Nick’s quiet lyric gift, he finds it himself, when the workers at the shelter assemble near the end of the shift, and he lists the events of the night’s spiral toward deeper night. He watches, describes compulsively, goes beyond the bearer of a father, who, barred from the shelter, shouts, “Father murderer!” (“If there’s one thing I can’t stand,” Jonathan shouts, self-pityingly, “is self-pity.”) “I’m not a drowning man, I’m a survivor,” Jonathan says, bolting from his son on a Greenpoint, Brooklyn street after having passed a light pole with a sticker advertising some “Ishmael” or other affixed to it. In brisk winter wind and bright dull light, a white tuft puffs from the back of his down coat. Tiny, so tiny: Declan Quinn’s cinematography is a feat of grace and forgiveness throughout.

The memoir’s Boston setting is transposed to a nonentity of a city with seemingly recognizable snow-graced Manhattan settings. The timeframe of the entire movie is indeterminate as well, as if spun from memory rather than documents or documentary. A park bench with an ad for a pawnshop that has no name, no phone, no address seems less a production-design flaw than a statement about Jonathan no longer seeing the city that surrounds his weariness.

The delicate tissue between Nick and his overworked mother (Julianne Moore) is another matter, gentle, nurturing, and eventually brutal and sad. A tragic moment comes, which Nick returns to again and again: Moore’s shoulder-length hair, the light, you know something’s amiss, will go much more wrong, the incorrect yet nourishing auburn sunlight suffusing the dining room at such an ordinary hour.

The score holds lovely, deliquescent pop by Badly Drawn Boy (whose score well served Weitz’s and his brother Chris Weitz’s “About A Boy”), which drifts, gently, dreamily, from the moods on screen, serving as gentle distraction from pungent moments like when the aged De Niro, no longer the meth-manic punk-panic Travis Bickle, stripped to his torso, berates his reflection in the shelter’s prison-style mirror, impervious shined metal that also makes funhouse of each gesture or motion of self. Like looking up a bloodline, or back down it again.

“Being Flynn” is now playing at Landmark Century.