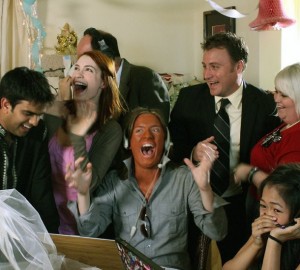 Niche comedy is thriving online;  web series are finally reaching critical mass. It makes sense: certain topics are geared toward such narrow audiences that they wouldn’t immediately appeal to even the smaller cable networks, but they can find a ready viewership online. Plus, comedy can be done well even on a minuscule budget: comedic timing doesn’t require costly special effects or a running time beyond three to ten minutes. Now that web series aren’t just seen as ideas that established networks have rejected, filmmakers are making use of quality scripts, acting and production. Here are a few lesser-known gems we’ve discovered. 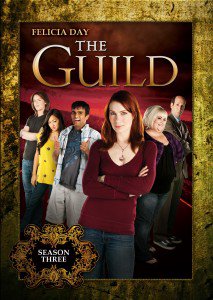 The Guild
“The Guild” follows a flock of online gamers as they navigate awkward social lives, comic-book conventions, and the latest expansion packs for their beloved game (a fictional MMORPG similar to “World of Warcraft”). Created and written by “Buffy the Vampire Slayer” alum Felicia Day, the show’s recent fifth season gets mileage from a trip to a gaming convention and features guest appearances by Nathan Fillion, Eliza Dushku, Zachary Levi and Neil Gaiman. While gamers will get more of the in-jokes and references, the general public should still find the characters and storylines just as funny.

Converts to the series would do well to look into Joss Whedon’s forty-two-minute, web-released “Dr. Horrible’s Sing-Along Blog” (2008), as well as the web series “Dragon Age: Redemption,” Day’s recent collaboration with BioWare.

Broad City
“Broad City,” (BroadCitytheShow.com) created by Abbi Jacobson and Ilana Glazer, is the story of two modern women living in New York. The offbeat humor of the series includes situations like dating someone in order to use their apartment laundry machines, the etiquette of asking a homeless man for change and running into casual acquaintances who you want to avoid on a train platform. While some of the humor is rough, fans of “It’s Always Sunny in Philadelphia” or “The League” will enjoy the comedic approach to daily problems, but find the scenarios to be more rooted in reality than television counterparts.

Shutterbugs
The Australian “Shutterbugs” (Shutterbugs.tv) zooms in on a group of young photographers trying to make it as professionals. Created by David Collins and Kate McIntyre, the series humorously touches on troublesome subjects, like a search for discontinued film stock, arrogant photographers and the important difference between photography and Facebook snapshots. Like “The Guild,” the series offers more for photographers who will get the more specific references, but it also incorporates the way these interests interact with everyday life and how people are left to deal with it. (Kristen Micek)