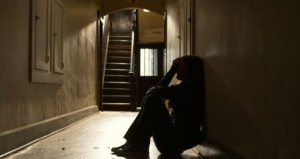 Brute propaganda gussied up in gauzy Lifetime-level production values, “October Baby” is an anti-abortion diatribe produced by a religious concern as family entertainment. Aggressively stacked melodrama, it’s gauzy, glib and exasperatingly holier-than-y’all. It’s the latest example of an emerging and readily financed production and distribution model that provides reassuring fairytales to religious audiences, or, “faith-based,” the euphemism of choice. A few minutes into “October Baby” I was imagining a specific set of sounds from my childhood: the klacketa of a dry print through the gate of a second-rate, ill-maintained 16mm projector in the middle of the aisle of the southern Baptist church in Diamond. And: dust motes rising from dusty floorboards. Those doctrinal films had at least the virtue of peculiar production values to accompany their musty moral didacticism; directed by the brothers Andrew and Jon Erwin, “October Baby” looks and behaves like any other piece of junk you’d fall onto with a restless remote control. Except: women are the terrible villains of their own life and characters exist for the spouting of instantly legible slogans. “Hate the crime, not the criminal,” is a typical line an authority figure intones about abortion, which, inconveniently, remains legal in the United States. It’s spiteful fantasy stuff that ought to go down well in Texas or more remote reaches of Arizona. From Provident Films, the studio that brought you “Courageous” and “Fireproof.” With Rachel Hendrix, Jason Burkey, John Schneider, Jasmine Guy, Robert Amaya. 105m.  (Ray Pride)