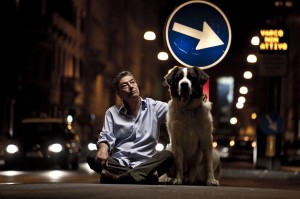 Italian director Gianni Di Gregorio, whose 2008 “Mid-August Lunch” was a surprise art-house hit with older audiences, continues his warm and winning ways with “The Salt Of Life,” (Gianni e le donne, or, Gianni and the Women) an effortless, breezy romantic comedy about late-years romance gone endlessly awry. Ever-gallant Gianni, a Roman in his sixties, has lost the spark with his wife, rues encroaching days of retirement, and his elderly mother is as forbidding a matriarch as you’d ever want to encounter in fiction, let alone life. There’s genteel intimacy to Di Gregorio’s comic instincts, both as a filmmaker and as a lead actor. And the script is genuinely witty and observant. Cinematographer Gogò Bianchi loves photographing younger women the way Gianni, the character does, pining from a gentle remove, knowing these vital creatures hardly notice him as he passes on the street. It’s tender stuff, and despite some giddy comic turns, it’s gratifying that the story never descends to easy farce. With Valeria De Franciscis, Alfonso Santagata. 90m. (Ray Pride)

“The Salt of Life” opens Friday at the Music Box.