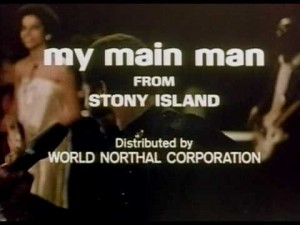 Andrew Davis began his career as a cameraman in Chicago in the 1960s, and before his largest success, “The Fugitive” (1993), Davis was a poet of the Chicago streets in action films like “Code of Silence” (1985) and “The Package” (1989). (A variation on the Oswald-was-a-patsy conspiracy theory, “The Package” used dozens of Chicago locations to economically suggest other cities and countries.) One of Davis’ most notable obsessions in his Chicago-set films was to make them as topographically accurate as possible—that is, his skillful, adroit camera placement and cutting could, in fact, take place in the real world, rather than being pieced together from disparate locations miles apart, which filmmakers most often do. Beyond its serviceable plot, his first feature “Stony Island” is most valuable, more to be treasured, as a lovely mash note to a passed version of the South Side and a music scene that has not stood still in the past thirty-five years. (In some establishing shots, you can practically smell the sizzle of ancient, antic neon signs.) Tak Fujimoto, who went on to shoot much of Jonathan Demme’s work, was the capable cinematographer. With Richard Davis, Edward Stoney Robinson, a shockingly young, bright-eyed Dennis Franz, Rae Dawn Chong and many, many musicians. (AKA “My Main Man From Stony Island.”) 97m. HDCAM video. (Ray Pride)

Davis will appear at both the April 4 and April 5 screenings at Siskel.