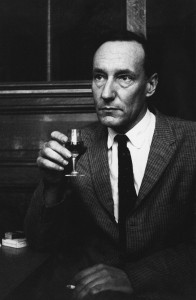 I know some places in Chicago writers go—not the hatch or the dole—but chill-beer saloons and cafes where coffees are knocked back. (Tea when the weather’s changed or after all those cigarettes or too much shouting in agreement about the bad and the baddies in the world.) And they will write sometimes, unshielded from public view, often a glow dancing from laptops below onto their since-fourteen-years-of-age specs. It’s a commonplace. (I’m thinking of sleeves-up writers, published and publishing, not students, not grad students.) Still, no matter how you’d fantasize, it’s no Paris in the twenties, it’s not Tangiers or Marrakech in the 1950s and it’s not the nameless “Beat Hotel” on side street rue Git le Coeur in Paris’ Latin Quarter where any number of numinous word-pushers of note washed up until the sixties. In Alan Govenar’s diverting feature, a documentary rich with contemporary photography about the figures including Ginsberg, Orlovsky, Corso, Gysin and Burroughs, strong claims are made: “The Beat Hotel was a temple of the mind…” “The cheapest and most dirty hotel in Paris….” “One of the last of the great Bohemian hotels.” Ginsberg started “Kaddish,” Burroughs finished “Naked Lunch,” Gysin fashioned his “Dream Machine.” There’s the fantasy, realized, without the outsider’s nostalgia at a remove or simple sentiment, of cities and their citizens, art as the intersection of walkable space and immovable talent. Harold Chapman’s splendid, iconic photographs are matched by  Scottish artist Elliot Rudie’s drawings—both often animated—and the elder pair make affable on-camera presences, along with the accounts of a handful of other survivors. (There are also dramatic reenactments.) 82m. (Ray Pride)