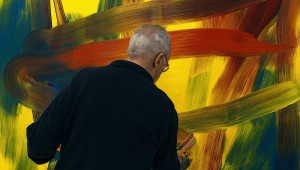 Documentaries don’t do “Avengers”-level box-office, but the steady stream of documentaries on movie screens shows no signs of stopping any time soon.

Whether anyone’s making much money is another question, although four nonfiction films have grossed more than $2 million at the American box office through May, “Jiro Dreams of Sushi” ($2.1), “Pina” ($3.5), “Bully” ($2.8) and “Chimpanzee” ($25.7). “Jiro” and “Pina” partake of the poetry of process; “Bully” is the beneficiary of a rare, sustained assault of resourceful publicity by a doc distributor; and “Chimpanzee”? “Winsome” and “life-affirming” is not just for mainstream fiction films anymore.

At least three documentaries open in Chicago this weekend, and “First Position” falls squarely in the niche of “life-affirming lessons” and does so with steady, observational skill. Bess Kargman’s kindly film earns the label of “nonfiction” for being so keenly patterned to the rhythms of “fiction” film, a simple, expert act of “faction.” And the little post-toddler would-be ballet stars competing in the Youth America Grand Prix are winsome enough to charm any parent who would come to see the film if they could only get a babysitter.

How much can a movie look like commercial television and still be “documentary”? Morgan Spurlock accelerates his eager-to-entertain output with the recent video-on-demand “Comic-Con Episode IV” as well as “Mansome,” a comic anecdote co-produced by the “Greatest Movie Ever Sold” director’s company, Warrior Poets, former NBC president Ben Silverman, Jason Bateman and Will Arnett. It’s an internet series writ large, perfectly entertaining and wholly unmemorable, lacking the canny meta-structure of “Sold,” largely built from interviews and skits with men cupping their notions about masculinity and manly appearance. The game players include Paul Rudd, Zach Galifianakis, Adam Carolla, John Waters, a member of OK GO, Dusty Hill and Billy Gibbons of ZZ Top, Spurlock, Spurlock’s young son and a female sociologist groaning about “back, sack and crack” grooming. They’re all trained talkers, it’s readymade entertainment to hear comics and hipsters and wrestlers talk about how they “create a persona.” Even when shot in woozy-cam against backdrops like from the secondhand Errol Morris shop, it feels like a documentary, even if it’s really just a celeb-umentary, featuring Spurlock himself on camera dandling his longtime “porn star mustache… handlebar horseshoe representation” in between guys’ guys and verbal comedians uttering quantum mush about their own levels of douchery and perceived douchery, about “owning it” and having a “sense of purpose.” I know I look like a douche, but what do you think about me? Okay, it’s a douche-amentary.

“You can only express in words what words are capable of expressing, what language can communicate. Painting has nothing to do with that.” In the restrained, considered “Gerhard Richter Painting,” shot in 2009, which observes Richter at work on a set of large-scale abstract canvases, the seventy-nine-year-old painter seems avuncular but definitive in his few pronouncements. “A film about a painter must focus on painting,” director Corinna Belz says in her filmmaker’s statement. “It was the actual work in the artist’s studio that interested me most: the authentic and immediate process of putting paint to canvas, and the instruments, gestures and movements involved, emotionally as well as physically.”

Under the main credits, we hear whistles from the street, birdsong, sounds of the painting studio, thumps and rrrishing of thick paper or canvas. Interspersing little-seen archive footage and preparations for several gallery and museum shows, Belz offers persona, personality, something that grows. Wouldn’t you know: Gerhard Richter painting. Asked about why he’s just made a final series of strokes on a canvas, he smiles his charming smile: “They do what they want.” It’s implication, not pronouncement, not laughing heads, not calculated sentiment. It’s Belz’s selection through editing of moments discovered through her access, often-plain frontal shots of the canvases in progress hung on white walls, with or without Richter intervening, overlayering, squeegeeing. There are three scales, against his paintings, as they occur and emerge and evolve; in the galleries, smiling at the imprecations of the press, the curatorial admirers (who are heard to gust near-nonsensical waves of praise), and maquettes at 1:50 scale of the galleries where the images will reside. It’s geometrical, but canny: the camera moves from close to far, evaluating visually and texturally but not through text or spoken word or Olympian pronouncements.

Still, there are also moments like his two assistants milking thick glop of paint through white cloths. It’s for the abstracts, one says, “This is for the big squeegee.” What colors does he use? A shrug. “The classics, titanium white, ivory black, cadmium shades, red, ultramarine, citron yellow. Nothing exotic like Neapolitan yellow and no earth tones.” Then brush on canvas, bright yellow with birdsong still insistent, we still hear the small birds, the slosh and snap from the broad brush. It’s oleaginous onomatopoeia of recorded sound for the motion and emotion of the object we see being created. “I try to work my way through it…” he murmurs in German, another verbal shrug. Yet, poetically, that’s specific. Fact, not fiction. Belz works her way through it, too, and splendidly.