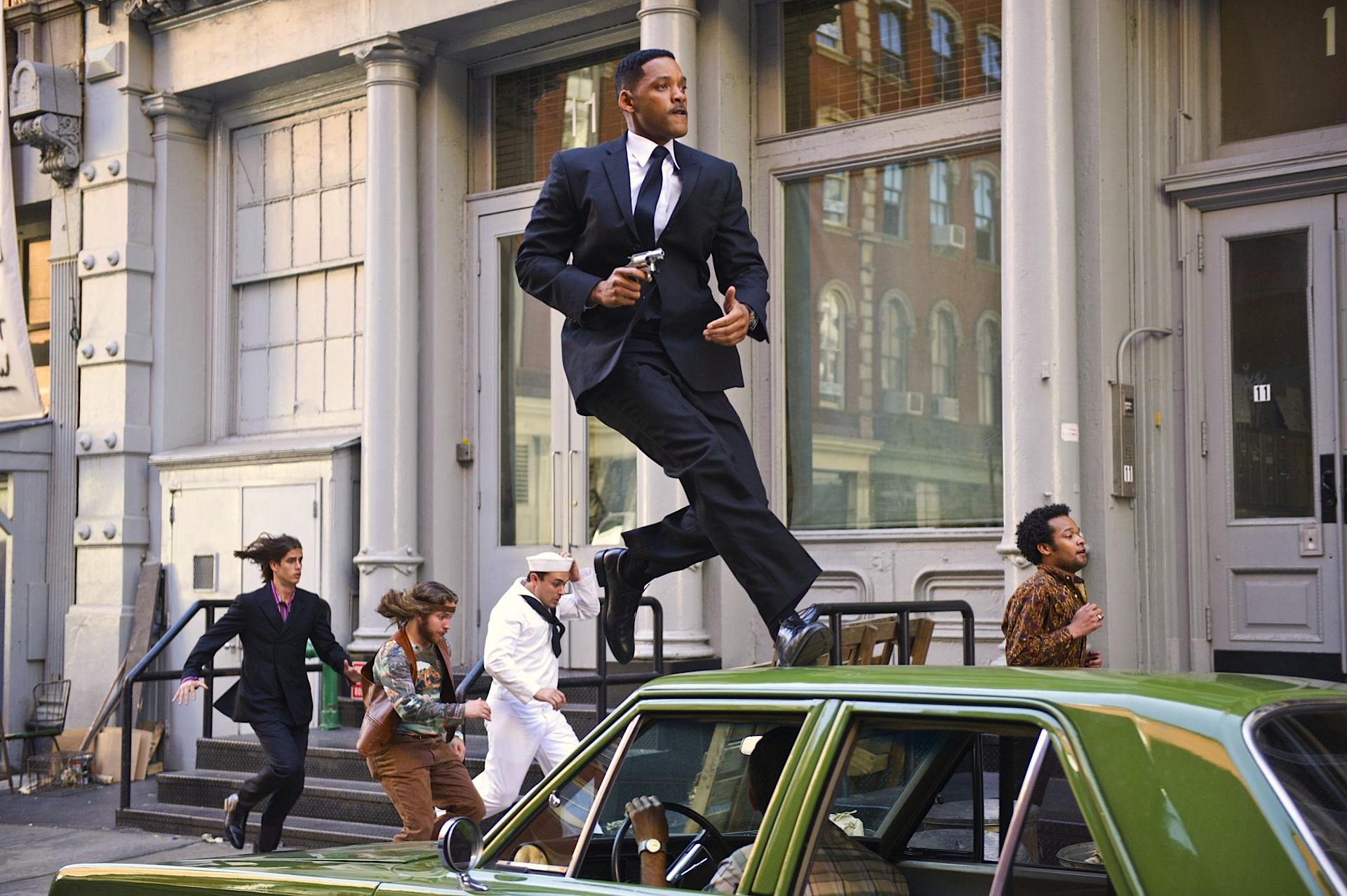 Tommy Lee Jones growling “How the hell do I know what I don’t know?” is a simple pleasure. And the simplest pleasure of “Men in Black 3” may have as much to do with it being one of the few good-looking 3D projections of late (while still discernibly greyed and dimmed behind glasses), owing as much to Bill Pope’s bright-colored cinematography and Bo Welch’s clean production design than Barry Sonnenfeld’s formal control of what is reportedly the second most out-of-control, cost-amuck production in history. (Hello, “Cleopatra”!) Pope’s credits include “The Matrix” movies and “Scott Pilgrim vs. the World,” and “MIB3″‘s look tends to the latter film’s color-candy.

The fact that “MIB3” amuses, despite having a genteel man-oh-mano love story pitched in front of its grandiose set-pieces, is a marvel in itself. And the time travel absurdities are treated with justifiable dispatch. It’s gargantuan and wan at once. And there are two performances that seem from other movies, if not other dimensions, by Michael Stuhlbarg as Griffin, an alien who sees a series of potential futures simultaneously, and Josh Brolin as a young Agent K. (Much more young Tommy Lee Jones than young “K.”)  They’re both tantalizingly brilliant. Jones seems more baggy than craggy in his brief appearance, and Will Smith has had his coffee. And shit blows up around them. A scene at Warhol’s Factory, with a flippant turn by Bill Hader as “Agent W,” gets so much wrong about the cultural moment and almost nothing funny. The villain, an alien played in two incarnations by Jemaine Clement, is dull distraction as both a loud, braying, auto-tuned Eddie Izzard, lacking only Izzard’s charm, wit, frocks and dapper pantsuits. “Let’s change history—SHALL WE!?” repeated FOR ALL TIME, makes for one grating catchphrase. Monster-maker Rick Baker brings the “ick” to diminishing return, but an extended recreation of the Apollo 11 launch, as seen from living rooms, from across the bay from Cape Canaveral and scrambling across the gantry and towers and arms is of eye-stinging loveliness and blue-sky clarity: simple, practical, unadorned, lovely. And also bittersweet to have seen it only a few hours after the middle-of-the-night launch of the privately financed Dragon rocket toward the International Space Station… “Anything is possible!” chirps Griffin. Anything is possible. 106m. (Ray Pride)

“Men in Black” is now playing.