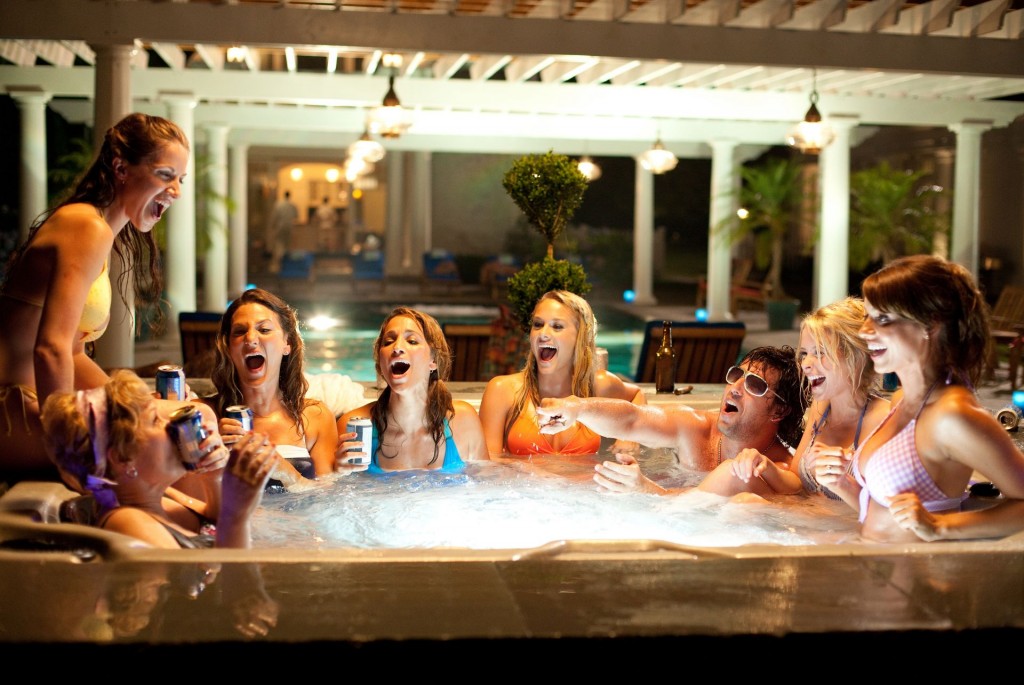 Adam Sandler does repeat business with the same prospectus for last year’s “Jack and Jill”: a hurting family heals by getting past disgust linked to class. In that sentimental comedy about estranged twins, Sandler’s Jack was horribly embarrassed by his gauche sister Jill, who he played in drag. She humanized him, despite his intolerance. Now Sandler is déclassé Donny Berger, father of upscale hedge funder Todd (Andy Samberg). In shame, this bootstrapper always told people his parents died in an explosion when he was nine years old. In fact, his mother is doing thirty in the pen for once screwing a seventh-grader, Donny. Living off his tabloid celebrity, he badly raised their son, who he named Hans Solo Berger. This third-grader never asked for that “New Kids on the Block” tattoo on his back. Weighed four-hundred pounds at age twelve. And fled at eighteen. Screenwriter David Caspe sets up a deadline: Donny goes to prison next week if he fails to pay $43,000 in back taxes. His lawyer’s tip: put $20 of your last $28 on a 8,000-to-1 long shot in that weekend’s marathon. A TV-show producer offers $50,000 if Donny can set up an on-camera encounter with his former teacher and Todd, who just surfaced on the cover of Parade magazine for his fancy Cape Cod wedding that very weekend. Director Sean Anders (“Sex Drive,” “Hot Tub Time Machine”) puts that ploy aside to dwell on Donny surprising his long-lost son among the swells. Per trite trope, this vulgar interloper will free the libidos and inner louts of the uptight set. En route to re-bonding with his boy, Donny will stumble upon outré kink that a brother-fucker and a sister-fucker call their “secret tickle time.” Busting a beer bottle over someone’s head is Donny’s usual fix for interpersonal problems. As in “Jack and Jill,” a working-class joint will be ground zero for reconciliation. This time it’s Classy Rick’s 24 Hour Bacon and L’eggs, a pole dancing-and-Denver omelet establishment. About half the gross-out jokes in “That’s My Boy” play off obesity. African, African-American and Asian characters are the designated commentators, sneering lines like, “Fucking white people.” Sandler is a backass snob, not a populist ripping the one-percent a new one. With overmuch music by Def Leppard, KISS, Van Halen, Rush, Mötley Crüe, Foreigner, Van Halen, Tom Petty, Kim Carnes and Meat Loaf. With Leighton Meester, Peggy Stewart, Vanilla Ice, Milo Ventimiglia, James Caan, Will Forte, Rachel Dratch, Luenell, Tony Orlando, Rex Ryan, Ciara, Eva Amurri Martino, Susan Sarandon, and four more Sandlers in minor roles. 116m. (Bill Stamets)