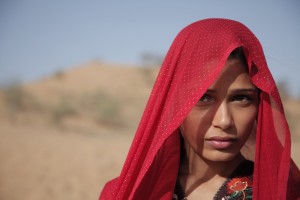 Michael Winterbottom’s a Hardy boy: in his third adaptation-transposition of Thomas Hardy’s novels, “Tess of the D’Urbervilles” is on tap in the downbeat “Trishna,” now Mumbai-set and compressed from its original storyline. Freida Pinto’s large-eyed loveliness is well employed, and unlike some of her recent roles, her skills suit the story; she’s as vital as the landscape. Commentary on the sexual mores of India, and more particularly, the way love is represented in Bollywood films, takes up a chunk of the running time. It’s all very attractive. At the rate the restless Winterbottom makes movies—an average of a movie every ten months or so—several more of Hardy’s novels of character and environment could still make it to the screen. Winterbottom’s customary cinematographer, Marcel Zyskind, who’s shot at least eight movies for the director, marshals eyefuls of picturesque goodness that leave lingering impressions. (His credits include Lukas Moodysson’s “Mammoth” and Harmony Korine’s “Mister Lonely.”) The punchy score is by Shigeru Umebayashi, whose music includes “Yumeji’s Theme” from “In The Mood For Love.” With Rizwan Ahmed, Roshan Seth. 117m. Widescreen. (Ray Pride)