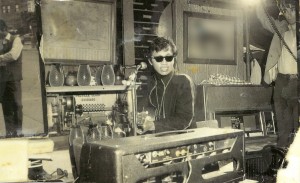 “Searching For Sugar Man” has a magnificent subject. Sixto Rodriguez, a Chicano man from Detroit, released two albums, in 1970 and 1972, of sweet and lovely music with earnest, demonstrative lyrics. And then, largely, silence.

Years later, traveling around South America and Africa in search of exotic but universal stories that could be told at bite-size, young Swedish director Malik Bendjelloul heard the story of “Sugar Man” in South Africa. Two men, journalist Craig Bartholomew-Strydonm and jeweler Stephen Segerman (nicknamed “Sugar Man” after a Rodriguez song), tell Bendjelloul about the popularity of these songs, bootlegged to the southern tip of Africa during the apartheid era. The songs of an American pop folk singer with only a couple of photos and no public history sold more than a half million albums in that isolated country. Embroidered legends of his life and death were rife. Young people against the regime took songs like “This Is Not a Song, It’s an Outburst: Or, The Establishment Blues” to heart.

“By remote control,” Bendjelloul says, “without really knowing where he was aiming, he changed society. He was a major inspiration for the white liberals who opposed apartheid in South Africa.” We hear the stories from figures that were there, but how do you depict a time that has no contemporary footage? (Except for a triumphant, stadium-filling tour Rodriguez made of South Africa at the turn of the century.) Bendjelloul shoots Detroit by night, with excursions into his own hand-drawn animation, a legend written in smoke and the mist of time. South Africa? High mountains, vast skies, blue skies with no ceiling. With these elemental contrasts and the narrative’s search for the man behind the music years later, Bendjelloul captures a story extraordinary and filled with hope. (There’s a redemption and salvation turn that should be left for audiences to discover.) For worse and for better, Bendjelloul omits parts of the man’s history that can be found elsewhere. But aside from omitting facts about Rodriguez that would have changed the narrative structure, “Searching For Sugar Man” works with an element of suspense that no longer has the same pull when you know that the singer is still alive. Not only did he perform at Sundance 2012 after its première, and tour to talk about the movie, Rodriguez added a small number of performance dates.

In Detroit, he was politically aware and politically active. But the songs went nowhere. Heard now, they’re songs out of time, but sound oddly familiar. (There were modest re-releases in recent years.)  In person, the seventy-year-old Rodriguez comes across as one of the sweetest and nicest of men. He tries to explain how modest he found his director to be: “He comes to Detroit without a coat, it’s cold, very thinly dressed, he’s there with his staff, taking pictures in the snow in February. I decided if I’m serious about this, I better do as best I can. He was kind to me, I’m only in the filming.”

Rodriguez, sniffling from air-conditioning on several flights in a row, looks toward Bendjelloul and smiles warmly, speaking of the film’s description of the recording sessions forty years ago. “The film brought all these people back to me… I didn’t make many friends in my life.”

“You get titles, you get ideas,” he says quietly when I ask if he still wrote. “You say, ‘I’m working on this thing.’ I don’t think any musician stops, in that sense. I think when you have not as much success, you tend not to do as much. I still play, I love to play. I stay with my instrument as much as I can. It’s my company in [low] times.”

I hoped to get a small picture of what the politics was like in street-level Detroit in the 1970s—he actually ran for office at one point—but the words “Michigan hippy” gummed up the works. “Going back to that term, Michigan hippy,” Rodriguez free-associates, leaning forward, “I’m from Michigan, I was born and bred in Detroit, and the thing is, John Sinclair’s from that area, too, and I’ve been on the same stage with him, and again, they bust a dude for two numbers, and try to give him nine years. He just served two of them, and it was only because John Lennon and Yoko Ono and Stevie Wonder came in and protested. Today, in Michigan, upstate, you’re gonna do time if you get busted.” He pauses. “I don’t see weed as an evil. To me, it’s tobacco. I used to think it was the whisky companies that were against the legalization or the decriminalization of marijuana, but it’s the court systems, it’s the attorneys, it’s the police. That’s an industry to them. You go busting somebody for smoke.”

Seamlessly, he shifts to “Sugar Man” and the promotional spirit. “Malik’s entry into the film industry, he’s a self-made director. If Ingmar Bergman is the godfather of Swedish filmmakers, this is the godson here… Now you take your wares to the globe, and through the internet, that’s even more possible. Brave new world!” he laughs.

And you’re still living it. “Hey, you gotta go the distance, man.”